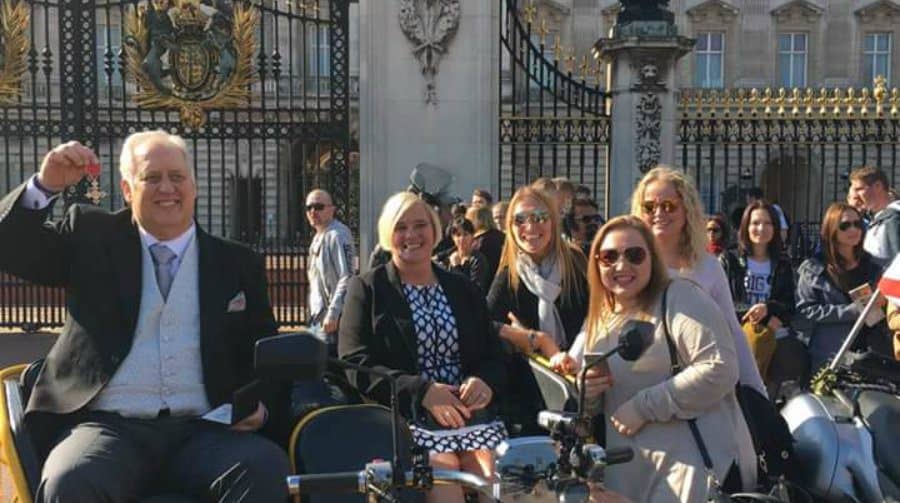 The Pearly King of Camberwell and Bermondsey enjoyed “the perfect day” last week, when he was accompanied to Buckingham Palace by a motorbike escort and honoured by the Queen.

Jimmy Jukes MBE was royally surprised when, just prior to entering the ceremonial ballroom, he was informed that Her Majesty herself would be handing out the honours – a rare privilege.

The founder of charity Homes4Heroes told the News: “We never knew until we got there. We were in the reception next to the ballroom and the man in charge of us said ‘Good news, Her Majesty will be carrying out the ceremony today.’

“It made my day, although it was nerve wracking. I had seen the Queen but never met her, so the closer it came to being my turn, the more nervous I got.”

In the end, he needn’t have worried. The Queen took a particular interest in his charity, which rehomes homeless ex-servicemen, and the pair enjoyed a long chin wag.

Jimmy said: “We ended up having the biggest chat out of anyone there. I explained what we’re doing, with limited funds, and she was very concerned. She had obviously been prepped but she knew about it and was very interested.”

The Pearly King arrived at the royal residence on a bright yellow trike – a dramatic entrance which required special permission from palace security.

He said: “Most people arrive in a Rolls Royce or a limo but I wanted to do something different. I don’t think that’s ever been done and I don’t think it will happen again.

“We were escorted there by bikers from Ride of Respect, which is another charity that helps ex-servicemen and women. As well as them, we had Pearlies there waving us in and Chelsea pensioners. Afterwards we had a party in Battersea. It was the perfect day.”

Jimmy and Michelle making their way to Buckingham Palace with their biker escort.