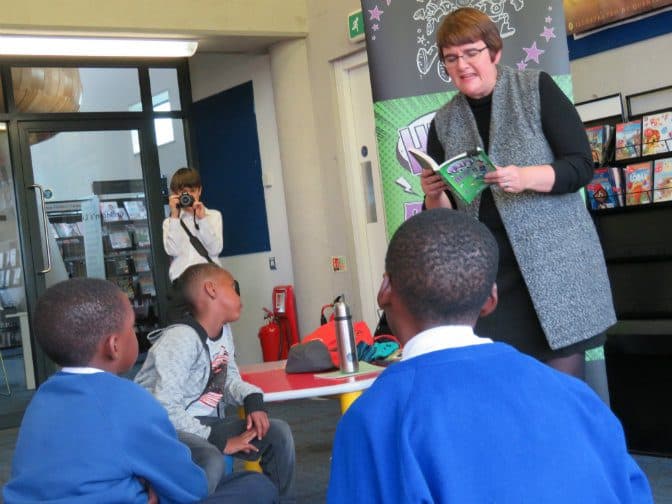 The story of how a local author wrote her first novel came full circle last week, as she gave kids a presentation at the library where she wrote it.

Jo Franklin, a graduate of Goldsmith University who lives near Forest Hill, gave an inspiring talk to youngsters at Peckham Library on Friday, which she hopes will get kids raring to write.

“I think the library is a really important study space and we’re lucky in Southwark, while other boroughs are struggling to keep theirs open,” she said.

Jo spent about five years going to Peckham Library to craft her new children’s novel ‘Help I’m an Alien’, which was published in June by Troika Books.

Jo told the News: “I found while I was writing I didn’t have the difficulty of being somewhere I would be tempted to constantly make tea or do the washing. I can really focus on work. So I was going to Peckham Library every day.”

The story then follows ten-year-old Daniel who feels he is the odd-one-out from his family because he is so much taller.

When his sister calls him an “alien” he makes it his mission to find his way home outer space, and goes on a mission to Kepler 22-B, a real planet located 600 light years from Earth.