The novel was released by the publisher who discovered J.K. Rowling. 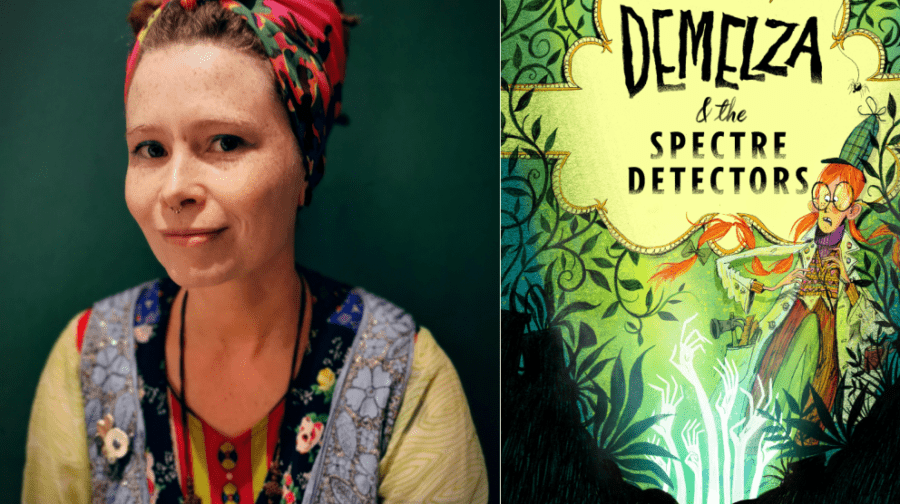 A Peckham author has published her first children’s book, about a young girl who loves making inventions, writes Kit Heren…

The novel, called Demelza and the Spectre Detectors, will be the first in a series by new author Holly Rivers. The cover illustration is by Alex T. Smith, creator of the children’s series Claude.

Holly Rivers said: “I’ve been a storyteller in various guises all my life — I’ve worked as an actor, film-maker and drama facilitator— so writing a book seemed like a wonderful new challenge. I’d never written children’s fiction before, but in 2016 a stubborn young inventor called Demelza arrived in my mind, fully-formed in her lab coat and thinking cap, and I knew I needed to start penning her story at once.

“It took me a year to write the first draft of the book, after which I spent another year working on it with The Golden Egg Academy, before signing with my agent Kate Shaw. “

Cunningham said: “Demelza and Holly Rivers are a perfect team – sometimes I forget which is the brilliant author and which is the crazily inventive, sparky and brave heroine!

“If you’re after spooks, inventions, surprises and a stonking sense of humour then you’re in the right place – Demelza and Holly have all of those in bags. There are also plenty of twists and turns. I promise, it’s dead surprising.”

Demelza and the Spectre Detectors was published on 6 February.