Peckham befriender’s skydive raises over a £1,000 with a bit of help from the Southwark News 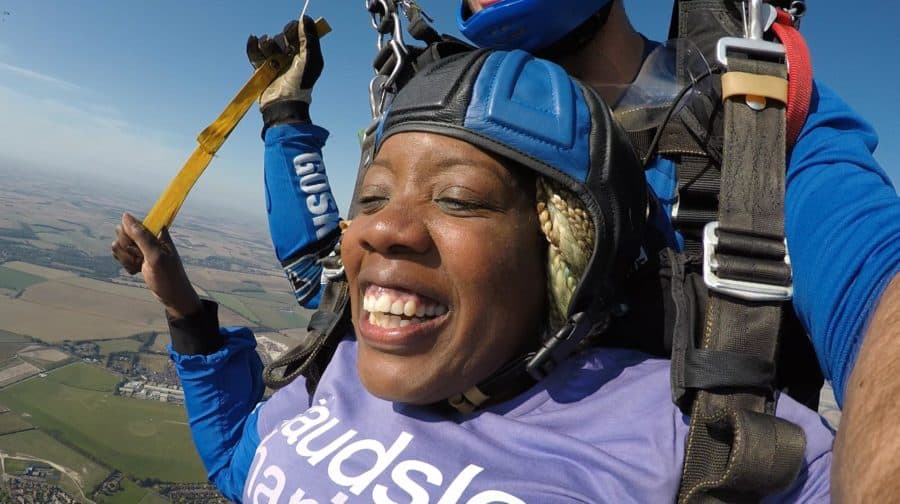 A Peckham volunteer has raised over a thousand pounds for a mental health BME befriending network with a sponsored skydive. After appearing in Southwark News, Sandra Johnson even managed to persuade a few more local businesses to part with their cash in support of her challenge.

She has now raised more than £1,195 for the charity she began volunteering for at the beginning of this year.

Sandra first experienced her own mental health problems ten years ago, and has previously been detained in the Maudsley.

She jumped out the plane last month in memory of a friend lost to suicide earlier in the year – and lost three stone to be able to take part.

Before getting on board, in an excited video message, Sandra said: “I can’t wait, I’m doing it for the Maudsley Charity, I’m so excited, let’s go!” and went on to thank her family and friends and everyone who donated.

After landing safely she described the experience as “phenomenal”, saying: “I did it! It was phenomenal, I skydived 10,000 feet for you guys. It was an absolute pleasure and I’m grateful.”

Southwark NewsNewsPeckham befriender’s skydive raises over a £1,000 with a bit of help from the Southwark News