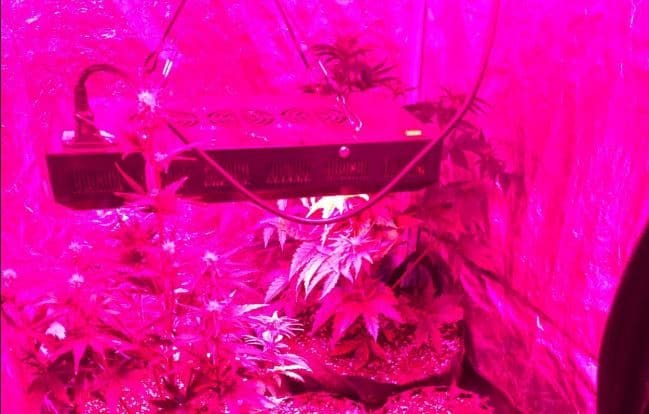 Two men have been arrested after a stop-and-search in Peckham led to a ‘cannabis factory’ raid.

Plainclothes officers stopped and searched a man on Bellenden Road at around 11pm last Wednesday (November 28), discovering cannabis and a “large amount” of cash on him.

The male was arrested for possession with intent to supply. Officers discovered the “large amount” of cash on the man after a stop and search (Image: MPS Southwark)

They then attended his home address, and uncovered what they described as a cannabis factory.

It is not clear if the factory was on Bellenden Road.

Officers said they arrested another man at the scene of the property for cultivation of cannabis. Officers said they also discovered this weapon at the cannabis factory, which they described as “frankly horrifying” (Image: MPS Southwark)

The weapon appears to be a long bladed knife that could be carried on the shoulder.

A Southwark MPS officer told the News: “The officers in question worked through the night to secure evidence after having already completed a late turn shift.”