Savills sold the wreck on behalf of Southwark Council. 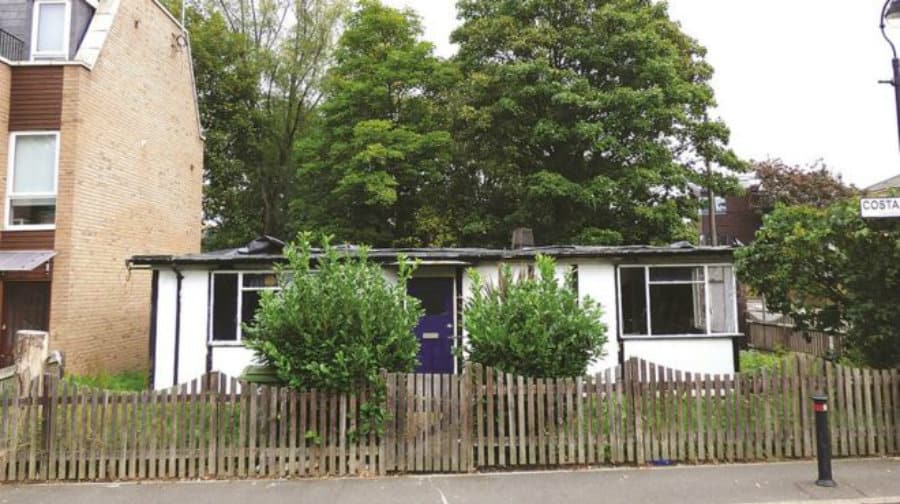 A derelict bungalow in Peckham has sold for nearly a million quid at auction on Monday.

Despite the falling-down post-war pre-fab having sat empty for years, the bidding war started at £600,000 and spiralled to a whopping £920,000.

Savills sold the wreck on the corner of Costa Street and McDermot Road on behalf of Southwark Council.

The property was described as having “great residential development potential” although there is currently no planning permission on the land.

Last year the council were quids in too when a Camberwell shed used for parking the Mayor’s car sold for over half a million pounds and in September this year an outbuilding in East Dulwich sold for £440,000.