Repairs delayed as water tank has asbestos inside 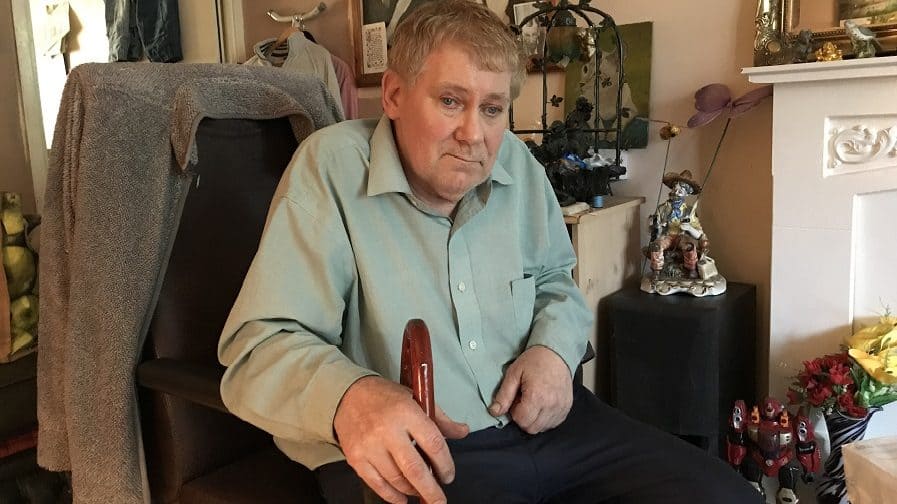 A man with lung cancer has told of his devastation after losing precious family photos and treasured paintings after a two-week leak in his Peckham council flat.

Sixty-seven-year-old William Norris has lived on Wilmott Close in Peckham for nine years. For the last five, he has suffered from lung cancer, undergoing 34 radiotherapy sessions and one round of chemo.

His sister, Barbara Phillips, has cared for him and helped to take him to hospital throughout his illness – including when he developed sepsis and moved into St Christopher’s hostel.

Mr Norris has to walk with a stick and within the last week has come down with a chest infection causing him to cough up blood. He believes his damp flat is making his health worse, after a leak which started more than a fortnight ago and has only just been fixed.

Brown sludgy water was pouring from a water tank in a cupboard next to the bathroom, but because the tank contains asbestos he was told he has to wait until a special team can open it up safely to fix it.

But as the stop-cock to turn off the water is partially seized up, water continued to come out and his bedding and other belongings – including his own drawings and paintings, and family photographs – have been left ruined and piled up in the flat, or needing to be thrown out.

Mr Norris’ bathroom light also had to be removed to stop water leaking into the electrics, leaving him unable to shower at home.

Mr Norris says whenever he phoned the council he gets cut off, telling the News last week: “I have really bad pain in my lungs and I’m coughing up blood now because of the chest infection.

“They know that I am vulnerable and disabled but they just do not seem too bothered.

“It is alright to say that the plumber won’t go in there because of the asbestos – but I have to live here.”

Although the leak has finally been stemmed, Mr Norris is unsure how and when all the damage will be repaired.

After being contacted by the News, Councillor Stephanie Cryan, cabinet member for housing management and modernisation, said: “I would like to say sorry to Mr Norris that getting everything fixed has taken longer than it should have done.

“We have visited Mr Norris this week to see how he is. Our repairs team visited a number of times and found several repairs which potentially needed addressing.

“In the end, the leak was fixed with a new stop cock and valve, so there was no need for the tank to be removed.

“We will also be repairing the bathroom light and doing an inspection afterwards to make sure that any damage from the leak is also made good.

“I hope that Mr Norris’s flat is soon in a much better state of repair and he can live more comfortably.”