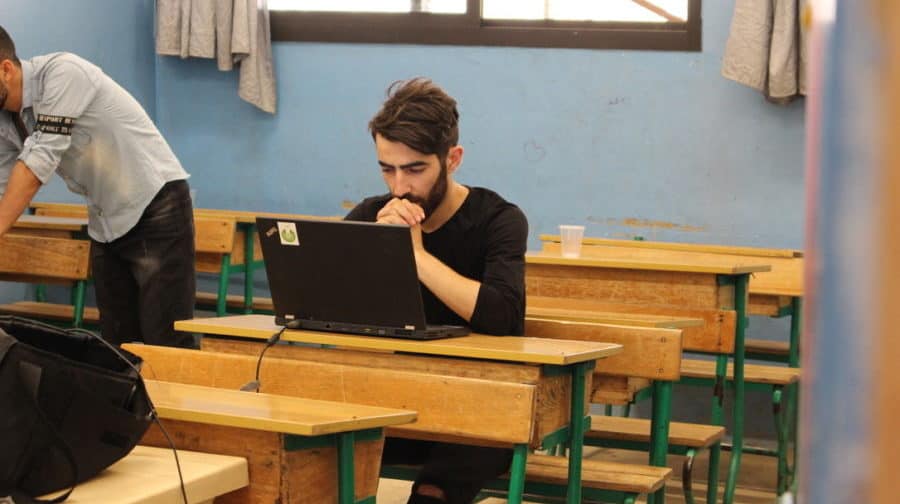 A Peckham-based charity helping refugees in Lebanon go into higher education has received funding from the Department for International Development.

Mosaik Education was awarded the grant from the small charities challenge fund to help support 160 refugees into university education.

The charity currently works in Jordan and Lebanon, both countries with a large Syrian refugee population, and has a UK base at Peckham Levels.

DFID funding will help cover the cost of a package of support its team provide to young people with peer support and online learning.

Only three per cent of refugees reach tertiary education. Globally, the figure is 37 per cent.

According to the United Nations, there are 1.5 million Syrian refugees in Lebanon, as a result of the Syrian Civil War.

The majority lack legal status and, as the country did not set up any formal camps to respond to the conflict, refugees are scattered across the country in what accommodation they can find, including makeshift encampments.

There are also half a million Palestinian refugees in the country – including those who, seventy years after becoming stateless in the 1948 Arab-Israeli war, are still living in refugee camps.

Mosaik’s chief executive officer, Ben Webster, from Lewisham, said: “We are delighted to be delivering our programmes with the backing of the government’s small charities challenge fund, which will help more young refugees to achieve their ambitions of studying at university.

“As a young organisation, this funding will play an instrumental role in the growth of Mosaik Education.

“We are looking forward to working with the team from the Department for International Development as we deliver this project and scale our organisation’s impact.”

He founded the charity last year while working in Jordan on the Syria refugee crisis, where he met many refugees who had been forced to abandon their studies half way through, or were keen to pursue further education but unsure of whether it was possible.

It is hoped that by supporting refugees to continue their studies they will help reconstruct their home country when they are able to return.

Ammar, a 22-year-old student from Daraa, in Syria currently living in Jordan,  said attending a guidance session run by Mosaik helped him learn more about the opportunities within reach.He now hopes to become a journalist, reporting on Syria, and study at university.

“Right now my obstacle is funding and I am working on applying for scholarships,” he said. “The programme introduced me to so many scholarships I did not know about.

“It gave me an understanding of university scholarships and their requirements and the different kinds of education. Now I can plan for applying to university.”

He has also benefitted from being matched with a mentor to offer guidance and personal support.

“Through counselling and their innovative use of technology, Mosaik are helping young Syrians – many of whom have experienced the trauma of conflict – to build a better life for themselves and give them opportunities for the future. “