Exclusive: Legal action being explored over council truck fly-tipping on estate in middle of the night 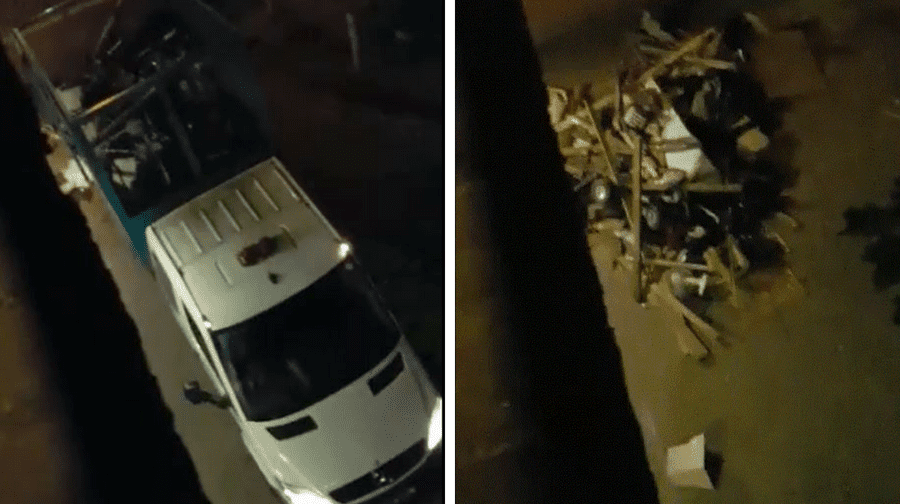 The council is exploring taking legal action against a fly-tipper who used a council truck to dump reams of rubbish on an estate in the middle of the night.

A spokesperson confirmed to the News last July that it was not on council business at the time.

In footage shared with the News, the white Mercedes-Benz tipper truck is seen reversing into the estate at around 1.50am before upending reams of junk onto the ground.

One father-of-two, who did not wish to be named, said at the time: “I heard this rattling noise coming along in the car park and it was this van coming in and I know they don’t work at that time in the morning so it started ringing alarm bells.

“I was so shocked because I have two kids and normally take them downstairs to play and it’s got all these things like nails and screws on the floor and my little one is always falling over.” The News understands that council officers are taking statements from those who may have witnessed the incident to help with any future legal action that may be taken.

Asked to confirm whether legal action is being pursued, Cllr Richard Livingstone, Cabinet Member for environment, transport management and air quality, said: “The council is currently undertaking a full and thorough investigation of all available evidence, so that an informed decision can be made about the possibility of legal action.”

READ MORE: Council truck dumps heaps of rubbish on estate in the middle of the night

Southwark NewsNewsExclusive: Legal action being explored over council truck fly-tipping on estate in middle of the night