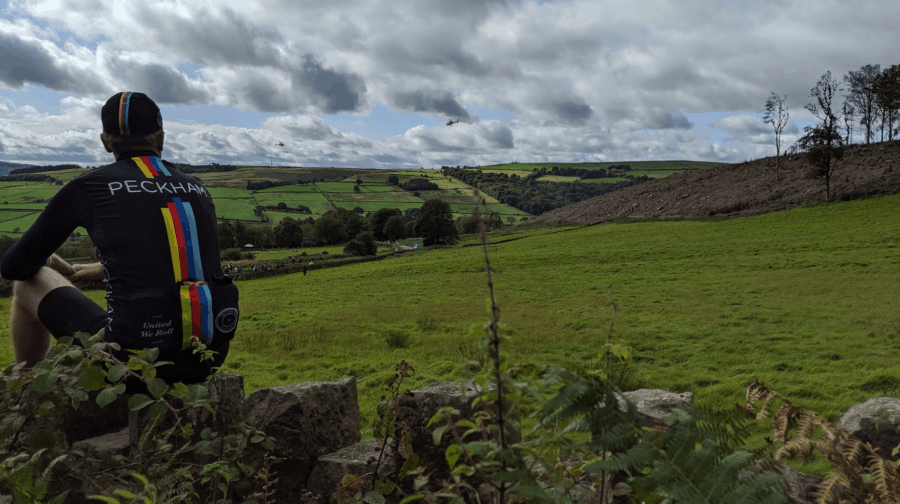 As reported in last week’s News, members had just 48 hours to ride the 8,848.86m height of Mount Everest together.

The club also set itself the goal of raising £1000 for Pecan, hosts of the Southwark Foodbank.

Totting up the results on Monday, committee member Liz said: “We are really proud to announce that Peckham Cycle Club collectively climbed 68,237m or roughly 7.7 Everests!”

With temperatures reaching 16 degrees over the weekend, it was perfect weather for the challenge.

Sixty-five riders took part in total with some doing it virtually on Zwift and others heading out across south London to cycle their contribution. 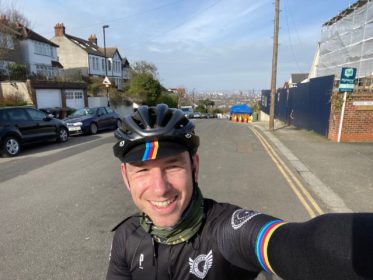 A selfie at the top of Canonbie Road in Forest Hill

Two riders out on College Hill in Dulwich

“It was great to see so many people out representing the club with their bright kit.

“A special shoutout must go to the man of the moment Ben Mort who completed 63 repetitions of Crooms Hill in Greenwich, totalling 2385m in elevation alone.”

As well as completing the Everesting challenge, the club also beat their fundraising goal by raising a whopping £2,729 for Pecan; almost £2000 more than their initial target.

All money raised will support the vital work the Peckham-based charity is doing to tackle food insecurity in the local community.

Members of the committee are now putting in plans for a safe return to group riding, after the Prime Minister’s lockdown roadmap announcement on Monday evening.

For more information about Peckham Cycle Club, visit their website at http://www.peckham.cc/