Leban Elmi, 22, of Kirkwood Road denied the charge of causing grievous bodily harm but was found guilty by a jury at Southend Crown Court last week 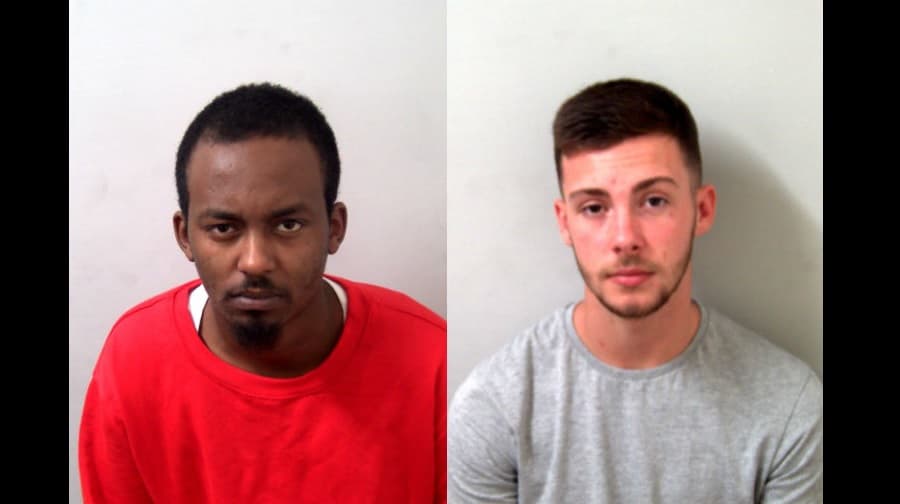 A Peckham drug dealer who threw acid in a man’s face in Essex has been jailed for nine years.

Leban Elmi, 22, of Kirkwood Road denied the charge of causing grievous bodily harm but was found guilty by a jury at Southend Crown Court last week.

Elmi was also sentenced to eighteen months for affray and twelve months for possession of an offensive weapon, to run concurrently, after previously admitting the charges.

He was jailed too for three-and-a-half years, to run consecutively, after admitting a charge of possession with intent to supply crack cocaine.

Elmi and accomplice, Archie Harding, 19 from Southend, went into a convenience store in North Road, Westcliff, on June 30 this year, armed with a bottle of acid.

They sought out their victim, a 19-year-old also from Southend, and chased him to the back of the store where they threw the corrosive liquid at him before fleeing the scene.

The victim suffered chemical burns to his left arm, ear and hand. He was taken to a nearby medical centre by a passer-by and has since undergone extensive treatment to his injuries.

Harding was jailed for five years for throwing a corrosive fluid with intent, ten months for affray and three months for criminal damage, all to run concurrently. He had admitted all three charges at a previous hearing.

Following the sentencing, investigating officer DS Steve Robson of the Essex and Kent Serious Crime Directorate said: “The victim in this case was known to Elmi and Harding and they planned their attack on him, targeting him in a local convenience store when he was least expecting it.

“They threw acid at their victim with absolutely no regard for the fact that he would be left with devastating and lifelong injuries but also no regard for the innocent members of the public who were also present in the shop at the time and could have been injured.

“The severity of today’s sentence reflects the serious and callous nature of their crime and I hope it serves as a robust warning to others that Essex Police will not tolerate any sort of violent behaviour in our county.”