Peckham estate leaseholders to be hit with £115,000 ‘major works’ bills by council

“Do I pay up and shut up, or do I take them to court?" one leaseholders asks 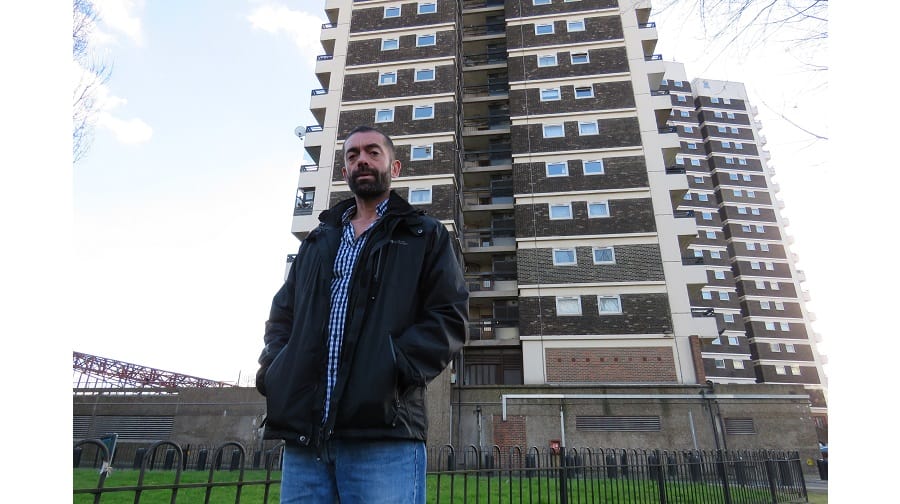 Leaseholders on the Tustin Estate look set to be walloped with “ridiculous” major works bills of £115,000 each by Southwark Council.

Last month, Mathew ‘Max’ Barber, one of about 20 leaseholders on the Peckham estate, said he feared the “record breaking” bills could be as much as £60,000.

But visiting council officers have quoted them £115,000 as a “cost estimate”, suggesting the bills could yet amount to more.

Max, who has lived in the Ambleside Point tower block since 1998, said: “My whole life us up in the air because of these bills. I can’t make any long-term plans with my life.

“I’ve been having sleepless nights. I’m suffering from stress and my doctor has prescribed me Citalopram tablets, which are a type of anti-depressant.”

The leaseholders are still waiting for the final, itemised bills, due to be issued in May when the council invokes section 20 of the Tenants and Landlord Act.

Paperwork given to residents by the council say the works – contracted to Keepmoat Ltd – will include:

The 46-year-old said he is prepared to challenge the council if he is charged for “improvements” that will not benefit leaseholders, such as “new kitchens and bathrooms for tenanted flats” and plans to install new ground-levels flats outside his block.

“There are three options for us to pay them off,” Max said.

“They said they would buy my flat off me at market rent – but then where else would I be able to find a flat around here with the money they give me?

“Or I could be a council tenant, but then I would be paying rent for the rest of my life on a flat I’d already part-bought.

“The third option is to finance the bill with a six-year loan, but that would cost me £2,000 a month.

“I have only known about the works for a year. But we are only being told this late in the day about the scale and the cost of the works.

“I don’t recall the council consulting on this with us years ago, when they must have been planning this ‘major works’ project.”

He would ideally like to the bill to be halved, or for the council to offer him another flat in Zone 2. But it has been a month since the council visited him and informed him of the colossal bill.

Councillor Stephanie Cryan, Southwark’s cabinet member for housing, said leaseholders who do not pay would force their cost to be shared by the estate’s tenants.

It is also understood that leaseholders who refuse to pay can have their flats forcibly taken back by the council.

Cllr Cryan said: “We have been working closely with the Tenants and Residents Association… and we all agree that essential work does need to happen on Tustin Estate.

“We have not yet issued Section 20 notices. When issued, S20 notices give full details of any proposed works and open the works and their costs out for scrutiny by residents.

“Of course we recognise that because of the likely costs we will need to go over and beyond this in explaining the issues to those leaseholders who will be affected.  We will offer one-to-one meetings with every leaseholder so that we can advise them on the individual options that are open to them to help spread the cost of these bills.

“We have recently opened the doors to our new Homeowner Agency, as we recognise the unique issues and support homeowners require, particularly when they are faced with large bills. I sympathise with how worrying it must be to have to find large sums of money.”

“We will do our very best to find the most affordable way for the leaseholders affected by the costs of these works.”

Refund those leaseholders who so choose the money they paid for the flats in the first place and change their terms back to those of a council tenant. Both parties gain. The leaseholder gets a lump sum, keeps their home and the council gets a property back on their books.

Southwark NewsNewsPeckham estate leaseholders to be hit with £115,000 ‘major works’ bills by council