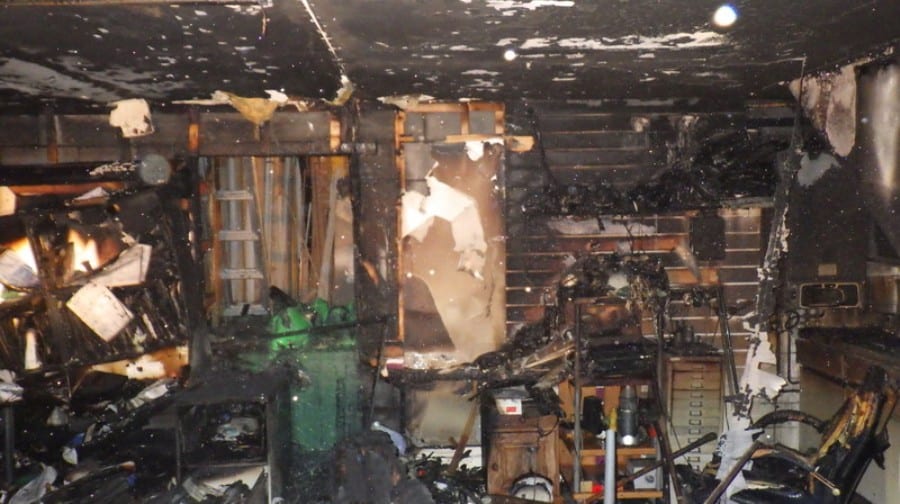 A Peckham warehouse storing film and television scenery went up in flames on Friday evening, prompting a warning from the fire brigade about the dangers of discarded cigarettes.

Four fire engines and 21 firefighters were called to the blaze in Chadwick Road just before 9pm after a neighbour called it in.

The fire was brought under control just after 10pm and was confined to the industrial unit, which was damaged but not destroyed. Although the cause of the fire is still under investigation, it is thought it was started by the careless disposal of a cigarette.

The scenery producers, called Dragon Smoke Construction, have created sets for TV series like Spooks, Black Mirror and Torchwood as well as films like Wuthering Heights and Horrid Henry.

Thankfully the blaze only damaged the office of the business and was extinguished before it could reach the highly flammable sets and gas canisters stored inside the unit.

A spokesman for the London Fire Brigade said: “ It’s absolutely vital you ensure your cigarette is completely out when you’ve finished smoking it.”