Nobody was hurt in the incident 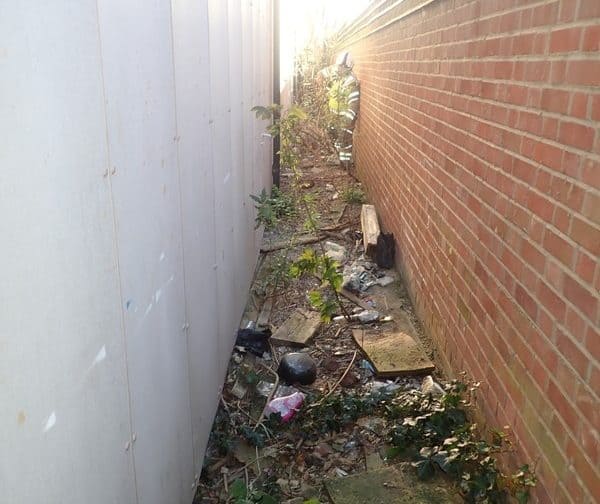 A fire behind a row of terraced houses in Peckham was likely accidental, firefighters believe.

The fire in Timbaland Close on Saturday sparked a call-out from the brigade of four fire engines and around 25 personnel.

The fire started in a gap between the rear of the properties and a boundary wall, but there were luckily no injuries.

An area at the rear of the properties were destroyed, however.

The brigade was called shortly after 4.30pm and managed to get it under control two hours later.