Peckham girl Winnie turns 105 – and she still sings in her local choir! 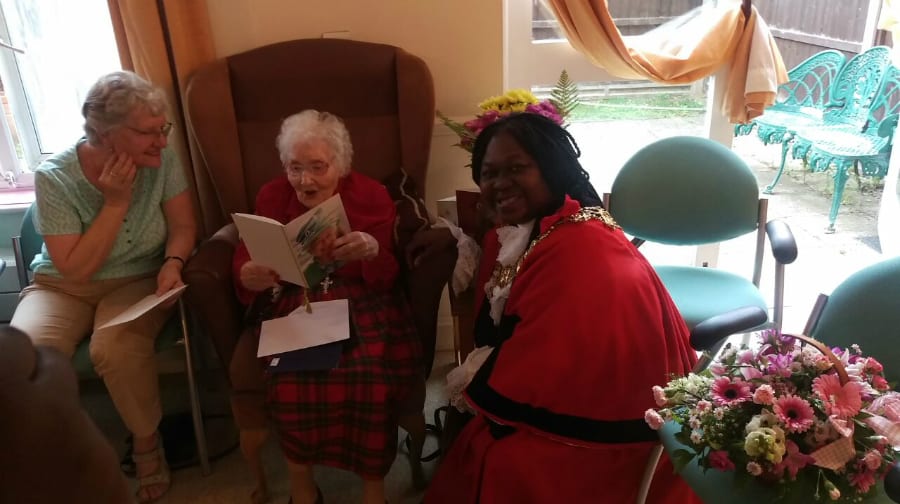 A Peckham woman who still sings in her church choir celebrated her 105th birthday this week with a knees up at her care home.

Southwark Mayor, Dora Dixon-Fyle helped Winnie Williams blow out her candle and open her card from the Queen and telegram from The Right Honourable Iain Duncan Smith MP, Secretary of State for Work and Pensions.

Winnie grew up in south London and went to Rockingham Road elementary school during the First World War years. She later moved to live with her mother at Leytonstone House Hospital, where she worked as a laundry assistant until she retired, returning to Southwark in 1974.

The centenarian said the secret to her long life was “enjoying life and making myself happy.”

Winnie said she very much enjoyed her party on Monday afternoon at Greenhive care home in Brayards Road Peckham, especially her favourite chocolate cake which had been prepared on site.

Southwark NewsNewsPeckham girl Winnie turns 105 – and she still sings in her local choir!