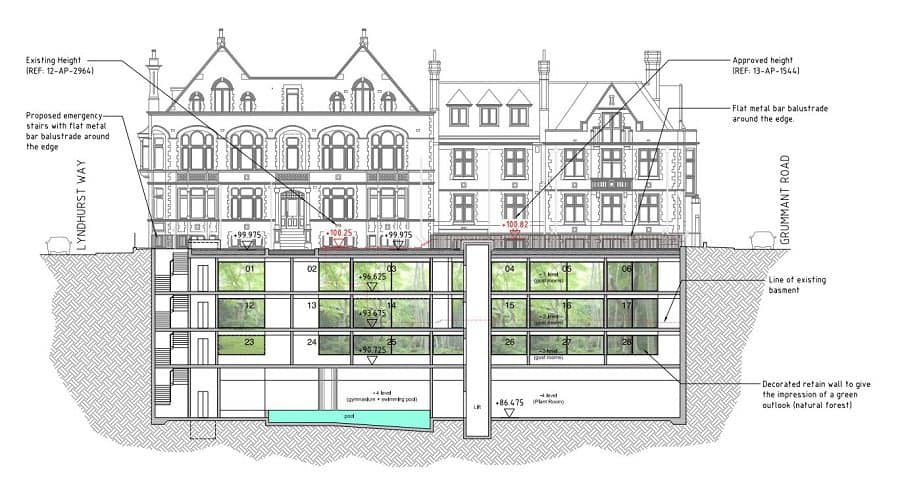 A hotel in Peckham is hoping to build a four-floor basement, allowing for 33 new guestrooms, a swimming pool, changing rooms, and a gymnasium.

Plans for the ambitious project at the three-star Peckham Lodge in 110 Peckham Road were submitted in August by the London Hotel Group.

If given permission by Southwark Council, the four-storey hotel – run as part of the Best Western franchise – would effectively double in size.

The plans say the huge extension would be excavated beneath the Victorian building’s front garden. The application also clarifies that nine of the 33 new guestrooms will be located in the existing floors above ground.

More typically associated with multi-million pound properties with subterranean hang-outs in Kensington and Belgravia, this is thought to be the first proposal of its type in its Southwark. The only similar scheme known in the borough was a basement wine bar and swimming pool build beneath a home in East Dulwich. No comments have so far been submitted by residents, though its consultation period is set to end on October 8.