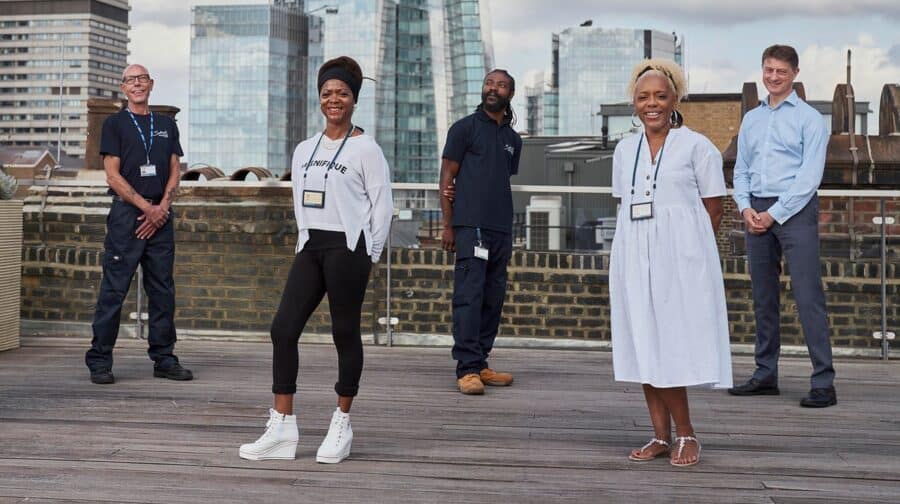 A Peckham housing officer has won praise from viewers after starring in the first episode of a documentary about Southwark Council homes.

Housing officer Charmain, based in Peckham, featured heavily in the first episode of the series – and has won plaudits from viewers for her professionalism on the job.

The episode saw her persuade a resident to stop scaling his own block of flats to gain access after losing his key, and undergoing a nerve-wracking wait to check up on another resident after he failed to answer his door.

“Watching Council House Britain on Channel 4 brings back memories growing up first on the Rockingham Estate and then North Peckham Estate, loved every moment of it,” said viewer Oli.

“Would of love [sic] to have a housing officer like Charmain. What a star! Big up Charmain.”

“’I kind of resent when people talk about estates,” said the housing officer on last Thursday’s episode.

“If you meet someone and they’re like, ‘where do you come from’ and you say, ‘I live on the Acorn Estate.’ ‘Oh my god.’ ‘What do you mean oh my god?’ What does that mean?

“I was brought up on a council estate and my parents still live on one. Like any kind of area, it’s about the community you live with.

“You can live on a road and the road can be tough because of the people living there.”

Another council worker featured in the series is Andy, a pest control officer – who says he would’ve preferred to have been in a rock band, but he couldn’t play the guitar.

“I’m well mad, you’ve got to be mad to do this job to be honest and I love it – every bit of it,” he said on last Thursday’s episode.

“They call me “Andy the hunter.” I’ve never been beat.

“It would’ve been nice to be in a rock band but the only downfall was that I couldn’t play an instrument, so pest control was the second best option.”

The series continues on Thursdays at 9pm on Channel 4, or can be seen in its entirety on the Channel 4 website.

I just watched this programme with Charmaine in , what a lovely person she is , people like this lady is what this world is short of ,,well done and I hope Peckham council know what an absolute star they have in her and her ability to sort things out and show that she really does care about people

Charmain is an absolute angel, it warms my heart to see how much she cares for others , it’s just beautiful ??