The Peckham centre saw 7,564 benefits sanctions in the two years leading up to September 2014, which housing charity Crisis has slammed as "cruel" and "punitive". 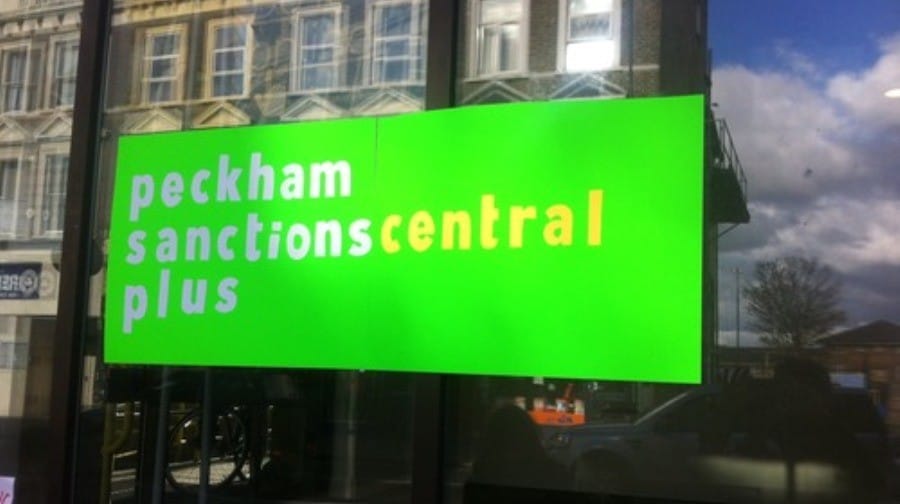 A banner put up by the Southwark Revolutionary Communist Group at a protest last year.

Peckham job centre has stopped the highest number of benefits in London, according to new figures released by the Government.

As a Parliamentary inquiry on benefit sanctions prepares to deliver its findings later this month, it has been revealed that Peckham Job Centre has racked up 7,564 sanctions in the two years to September 2014.

Peckham has a higher number of sanctions, where payments are stopped as a punishment for not turning up to an appointment, than any other London office and is thirteenth highest in the whole country.

Head of Southwark Citizens Advice Bureau (CAB), Sally Causer, said she had been concerned about the high level of sanctions at the Peckham office for the last year. “Why is Peckham different to Lambeth or Lewisham? It must be the culture of that office. It must be coming from management, otherwise why would it be higher than other London boroughs with a similar demographic?” she said.

Homeless charity, Crisis, has released a report this week condemning a “dramatic rise in sanctions” as “punitive,” “cruel” and putting people at risk of homelessness.