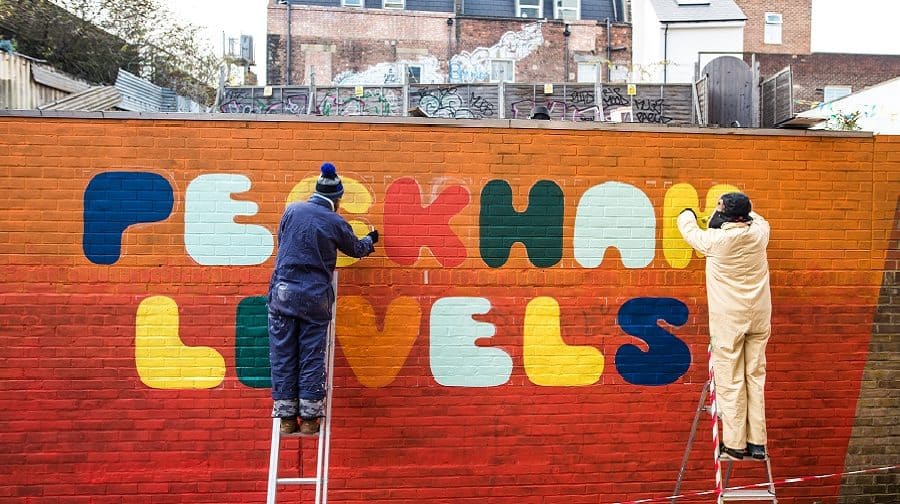 For the first time ever, on 8-10 June, Peckham Levels will be completely open to the public.

The reclaimed multi-storey carpark houses 55 studios and workspaces on the seven lower levels. Peckham Levels opened in December 2017, and since has quickly established itself as a cultural hub. During Peckham Levels Open Studios, the lower five levels will host workshops, film screenings, and art exhibits. The public will have a chance to meet the artists and to buy some of their work as well.

Peckham Levels is home to studios such as 3rd Rail Print Space, which is London’s largest open access screen printing studio, and Intoart, an art and design studio working with those who have learning disabilities. During the weekend, visitors will be able to take screen printing workshops at 3rd Rail, and Intoart will offer film screenings. Both studios will have art for sale, including prints, ceramics, and notebooks. The upper levels are venues for food and drinks. California-inspired restaurant, WEST, will offer free wine tastings and £1 coffee all weekend. Other options include handmade dumplings from Hao Hao Chi, rainbow bowls from Lords of Poke, chicken wings from Drum & Flats, and vegan pizza from Pickywops.

LEVEL SIX Yoga will have yoga sessions, suited for the whole family, as well as free acupuncture and massage sessions. Their in house café will also serve juices during the weekend.

Almost all of the artists and creators are Peckham locals, with a smaller percentage coming from Southwark.

Gala At The Gasworks