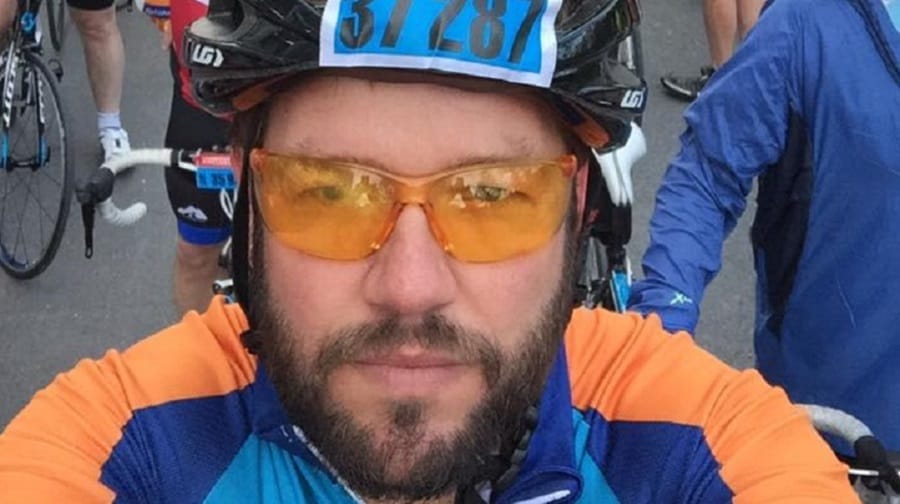 Joe Cannon, a 39-year-old Peckham man will cycle 100 miles this July in order to raise money for research on genetic diabetes.

Mr Cannon has genetic diabetes himself, which is a very rare form of the disease. The vast majority of cases are either Type 1 or Type 2 diabetes.

Mr Cannon was diagnosed at age nineteen, and has been living with the condition since.

“I inherited a rare strain of genetic diabetes from one or both of my parents,” Mr Cannon said.

“My dad died nearly fifteen years ago so I can’t be sure what form of diabetes he had, but my mother has the same gene, and it looks as though my brother has it too.”

Genetic diabetes – also called Maturity Onset Diabetes of the Young (MODY) – is caused by a mutation in a single gene. If a parent has this gene mutation, there is a 50 per cent chance of their child inheriting it.

“I recently became a father and I’m really hoping my one-year-old son doesn’t have the gene,” Mr Cannon said.

“But if he does I would like to help Diabetes UK in the fight against it.”

Mr Cannon also completed Ride London for Diabetes UK in 2016, and managed to raise £1,500 for the charity. This year his goal is £1,000, as being a father means more responsibilities to juggle.

Mr Cannon is also a barrister, and the owner of Federation Coffee in Brixton.

The Diabetes UK Ride London will take place on July 29. The route begins in Queen Elizabeth Olympic Park in East London, heads out to the Surrey Hills, and then returns to a finish line on The Mall in central London.