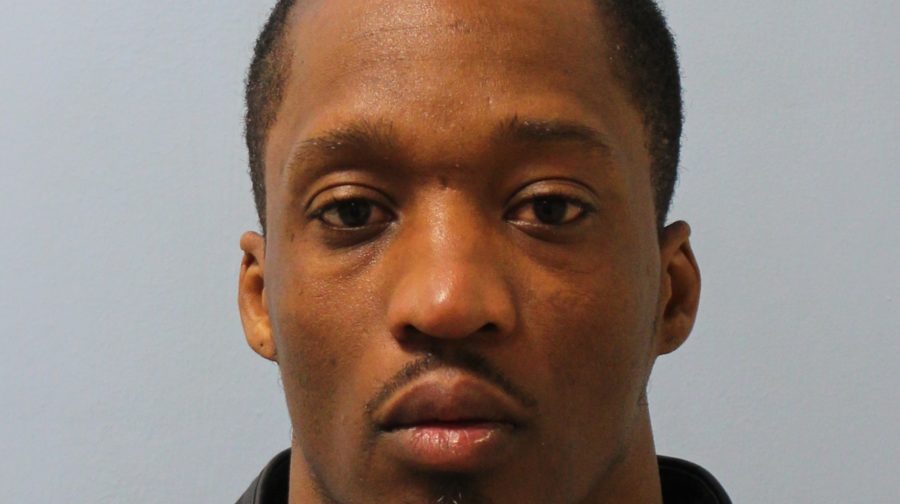 A man from Peckham has been jailed for a terrifying spate of robberies where he threatened bookies’ staff with an imitation firearm while wearing a prosthetic, rubber mask.

He was found guilty in the same court a day earlier after a trial for three robberies in bookmakers across Southwark  in December 2019.

All attacks involved a suspect with a strong Jamaican accent wearing a rubber mask and sunglasses.

The first bookies targeted was in Peckham Rye, where Moncrieffe followed a female staff member into the shop at around 6.20pm on December 15.

Montcrieffe walked in while wearing a rubber face mask and sunglasses. He was holding a grey pillow case wrapped around a metal item and immediately caused alarm.

But he came face-to-face with a staff member before she could reach the shop’s place of safety.

Realising he was about to try and hold up the shop, staff and customers were screaming and trying to escape.

Montcrieffe quickly ran out of the shop – taking a dropped purse as he fled. 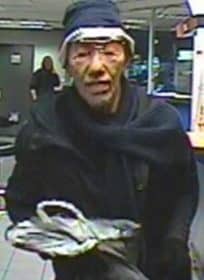 The same night, at 9.45pm, a staff member at a bookies in Denmark Hill saw a man walk in wearing a rubber face mark.

The employee immediately shouted for help and began running into the shop’s safe haven.

However, Montcrieffe managed to grab him on the floor and put him into a headlock as he pointed the imitation firearm – which the victim believed to be real – to his head and shouted ‘Oi come here!’ to another colleague who had managed to run into the staff area.

In fear of his colleague’s life, the staff member came out and handed over as much money as possible, telling the robber that he did not have access to the safe. Eventually Moncriffe ran away.

A few weeks later on December 27, at around 8.20pm Moncrieffe held up another shop in Peckham, this time in Kirkwood Road.

The two staff members working in the shop at the time were on alert after being informed of the previous robberies.

One of them, a woman, was behind the till when she saw a man at the door walking past wearing a rubber face mask. He was also wearing sunglasses, a top hat, and was using a walking stick.

She then shouted to her colleague ‘it’s him’ before running into the safe haven and calling the police.

Moncrieffe pulled the imitation firearm from the waistband of his trousers and pointed it at another member of staff who was still on the shop floor.  A customer was also in the shop at the time and he put his hands up and got on his hands and knees.

Terrified, she ran back to the counter and began to throw money out from the tills.

As Moncrieffe collected the cash, the male staff member ran out the front door and shut it behind him in an attempt to trap the gunman inside the shop – but Moncrieffe managed to flee.

The Met’s flying squad soon took over the investigation and used CCTV and covert surveillance to catch the robber. 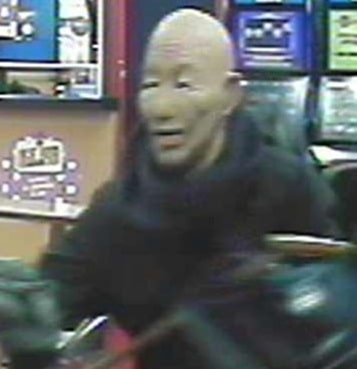 A CCTV image from Kirkwood Road

Moncrieffe’s home and car were searched on April 14, 2020. In the vehicle officers found disguises and props used in the robberies and the homemade imitation firearm.

It was described as a convincing replica of a revolver with a long barrel and handle with a trigger. A matching fingerprint was also found on one side.  The rubber facemark was never recovered.

Moncrieffe was taken to a south London police station where he answered ‘no comment’ to all the questions put to him. He was charged on April 15, 2020.

Detective Chief Inspector Ann Marie Waller, from the Met’s Flying Squad, said: “These robberies were absolutely terrifying ordeals for the staff members and customers involved. They were all in fear for their lives as they truly believed that Moncrieffe was armed.

“Moncrieffe went to great lengths to try and conceal his identity, including wearing a prosthetic rubber face mask that looked like something out of a horror film.

“However, detailed witness accounts and painstaking detective work by the Flying Squad ensured overwhelming evidence was put forward at his trial and the jury found him guilty.

“I am glad that the sentence handed down reflects the danger that Moncrieffe poses to the public.” 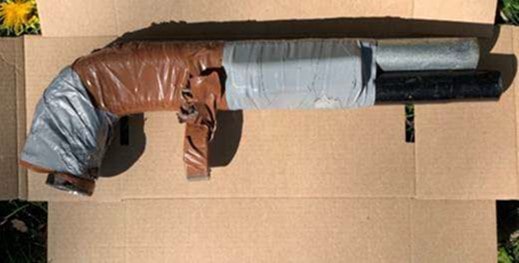