Peckham man to play for England in Amputee World Cup

Michael Ishiguzo is raising funds to go to Mexico this October 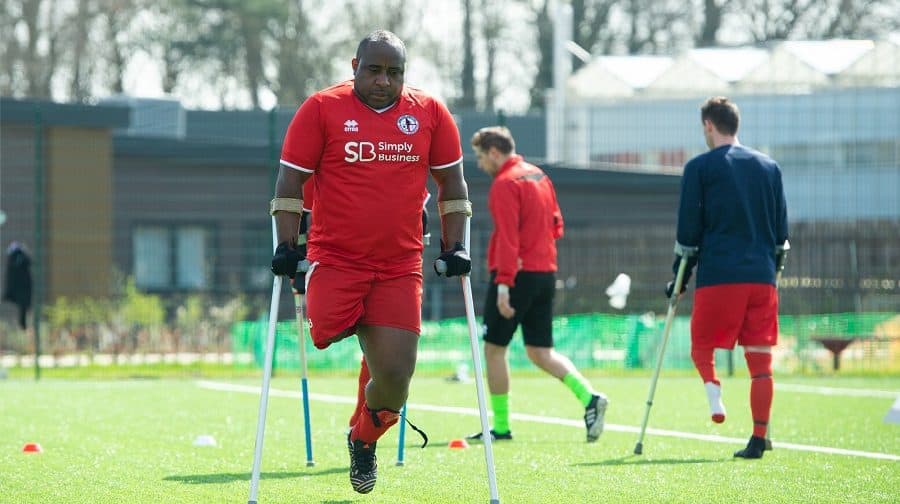 Michael on the pitch

A man from Peckham whose leg was amputated after a football injury will play for England in the Amputee World Cup this October in Mexico. Thirty-seven-year-old Michael Ishiguzo played football from childhood, but after a serious football injury is leg had to be amputated above the knee.

Michael, who attends the Everyone Active gym at Peckham Pulse, says continuing to play football throughout his rehabilitation has helped both his physical and mental recovery.

For the past three years he has played as a striker for Arsenal in the community, and within the England Amputee Football League, where his excellent performance saw him picked out for the national squad.

On his positive outlook he says: “I could become depressed and think why me? Why did I have to lose my leg? But that is admitting defeat and I will never give up on life.

“A condition cannot determine what you do with your life. I believe you should not let anything hold you back and the only thing that can stop you from doing what you desire is you. Being an amputee is not an excuse to give up on your dreams.”

The World Amputee Football Federation World Cup will be held this October in Mexico, but as the teams are not part of the Football Association they rely on donations and support to travel and take part.

Michael now needs to raise £3,000 to cover his costs and play for England’s amputee team.

His training is sponsored by Everyone Active, which has given him free access to its Peckham Pulse leisure centre.

“Our members are what make Peckham Pulse the vibrant community that it is,” says Everyone Active Contract Manager Mark Basker.

“Michael has been a member here for many years and visits daily. Many of the staff members now regard him as a friend and we wish him all the best in his bid to reach the World Cup.”

For more information or to make a donation please visit his JustGiving page.