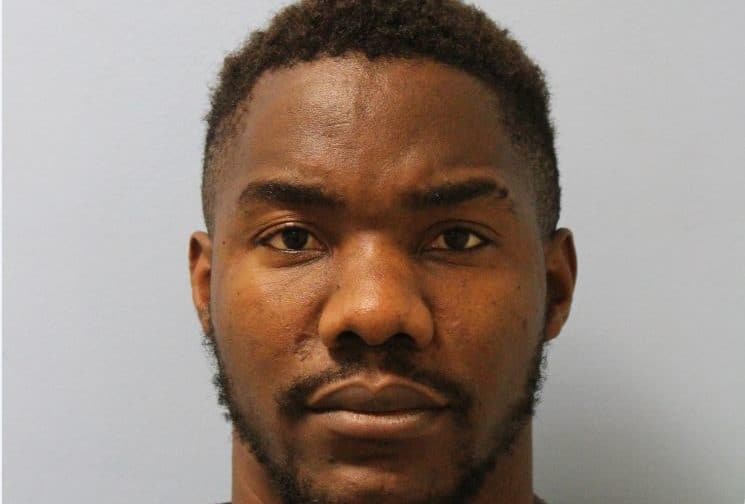 Godwin Bassey, 35, was sentenced for exposing himself to women in the Peckham and New Cross areas (Image: Met Police)

A Peckham man who exposed himself to women on multiple occasions across south-east London has been sentenced.

Godwin Bassey, 35, of Peckham’s Chesterfield Way, was sentenced to a two-year Community Order at Inner London Crown Court yesterday for his crimes.

He was also put on the Sex Offenders Register for five years.

Bassey committed his offences in the Peckham and New Cross areas over an 11-month period.

The court heard how he would target lone women or women walking in pairs, often using parked cars to hide behind before pouncing on them.

The 35-year-old would expose himself, and when challenged, would flee the scene. He was arrested in Brimmington Park by officers who had linked a series of similar exposure offences. Officers made their arrest on Bassey in Brimmington Park, close to his home (pictured) Image: Google Street View

When police swooped on Bassey to make their arrest on February 18, he became violent, injuring several officers in the struggle.

One suffered a ‘laceration’ to her head and ligament damage in her hand, said police.

Police also said given the ‘volume of his offending’, there may yet be more of Bassey’s victims yet to come forward.

“He was caught after a long and complex police investigation and I would like to thank all those victims who came forward and showed great resilience to support us throughout the investigation.

“I would also like to thank my colleagues, several of whom were injured during arresting Bassey, who played an integral part in his arrest and conviction.”

Bassey’s sentencing comes after he pleaded guilty to seven counts of exposure and one count of assault with intent to resist arrest in May.

Eleven other exposure offences were also taken into account during sentencing.

Police urged anyone who may have been a victim of Bassey’s but had not yet come forward to do so on 101, quoting CAD 4120/03JUL19.