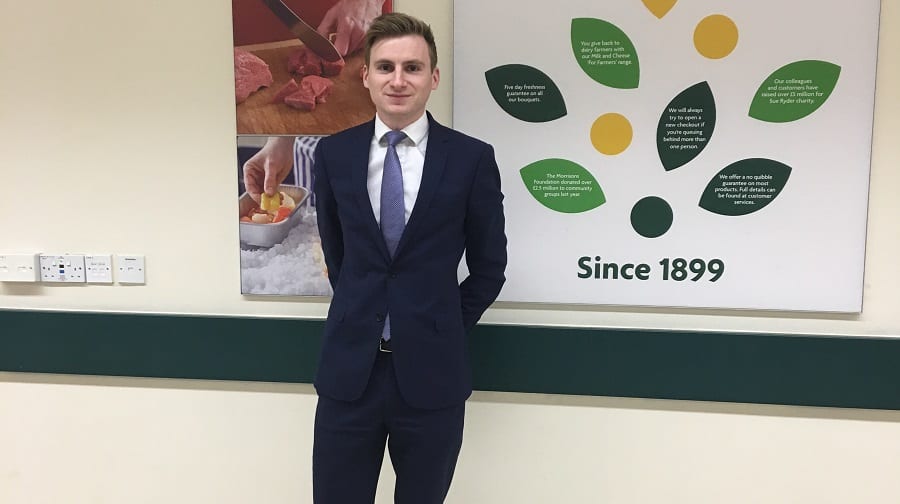 A supermarket boss has stopped selling knives in a Peckham store because they were being swiped by schoolchildren “multiple times a week”.

Manager James Gore made the decision to remove the entire range of knives in the Rye Lane Morrison’s superstore to stop teenagers from stealing them.

The 27-year-old, who moved to the store last summer, said it was a “common sense” move to stop a child from taking a knife into school.

“We had a full range of knives out but often found they were getting stolen, especially by school kids first thing in the morning as soon as we opened,” he told the News.

“When you come in and see what’s happening you’ve got a choice: you can remove the knives from sale, you can tag them, but that won’t stop the theft, and you can have challenge 25, but that doesn’t make much difference with theft.

“Obviously it wasn’t a great scene of what potentially could happen with those knives, so I made the decision to remove the entire range and that was not long after being here.

“Police and our head office were informed, but because of the relatively low value of the products there’s very little you can do without substantial information – however the impact of the knives being stolen was far greater.

“Hopefully if it stops one child taking a knife to school then I think it’s a positive thing.”

Mr Gore said the store had replaced the range of knives with other home and leisure products and that customers were usually understanding of the decision.

“Feedback has been positive,” he said. “When someone comes into the shop looking for cutlery and steak knives it’s a problem, but when you articulate why that is and what we are trying to achieve, the people in this area do understand.

“We no longer see the sort of single typical teenaged boys in the morning up and down our home and leisure aisle because what they are after can’t be found in our store anymore.”

As the founder of Anti-knife UK we are really pleased to hear of Mr Gore’s actions and would like to hand him over a certificate and hope other stores will at least tag their knives as it could help reduce the number of stabbing incidents across not just London but across the uk. 283 lives lose this year so far with 86 being in London.

75,000 small businesses in London could go bust by next spring