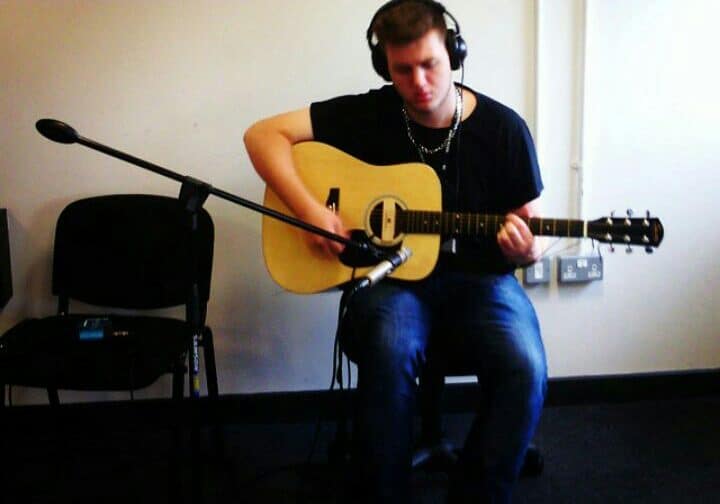 A young musician from Peckham recently lost his battle to cancer, but with the help of leading children’s cancer charity CLIC Sargent and British producer Stuart Epps, one of his instrumental tracks has now been turned into a complete song.

Steven Hughes died in September 2017, aged just twenty, after being diagnosed with Non-Hodgkin’s lymphoma in February, earlier that year.

He was a star pupil at the Norwood School in Lambeth. Not only was Steven awarded the most talented student in his year, he also now has an award named after him: The Steven Hughes Award for Excellence in Performing Arts.

Before his death, Steven had created an instrumental track and made an appeal for other singers to finish the song.

CLIC Sargent found a singer, Natalie Holmes, and also reached out to Stuart Epps, a producer who has worked with Elton John, Oasis, and Robbie Williams.

“I couldn’t believe the quality of the composition when I opened the file,” Natalie Holmes, who wrote the lyrics and provided the vocals for the track, said. “He clearly had a very unique creative talent, and it was an absolute pleasure to be able to finish the song for Steven.”

“It was an honour to be involved in Steven’s song, since it’s in memory of such an inspirational young man and to raise awareness and funds for CLIC Sargent,” said Mr Epps. Towards the end of his treatment, Steven asked his family to support other young musicians with cancer, and now all money raised in Steven’s name will go to the CLIC Sargent Music Programme.

“Steven was an amazing musical talent who was truly inspirational – a quiet, kind and non-assuming personality who would help younger students with their music,” Sharon Wise, Steven’s former music teacher said. “Steven didn’t realise how much they looked up to him.”