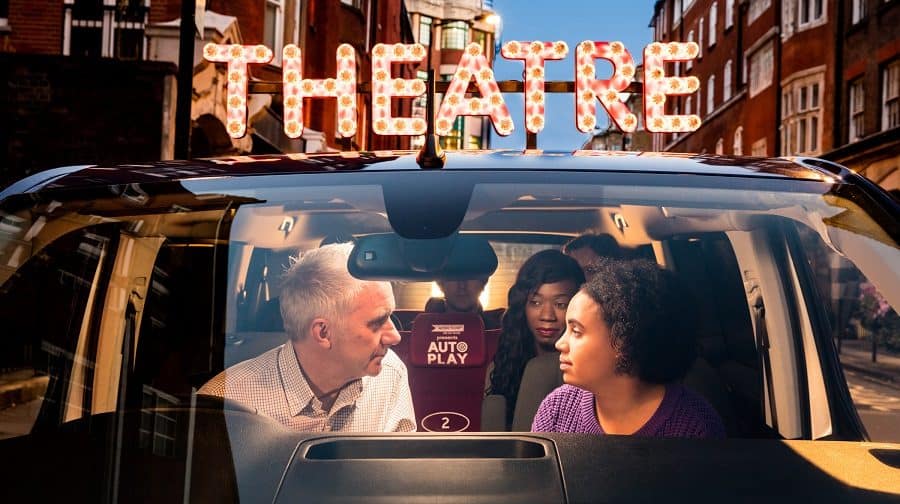 MORE TH>N introduces Papa Don’t Preach, a new play written by Olivier Award-winning playwright Bola Agbaje, which takes place entirely in a car parked on Drury Lane, with the cast in the front seats and audience in the back.

A Peckham-born playwright is taking a play that takes place in a car to the West End, writes Jessica Aszkenasy…

The 20-minute play Papa Don’t Preach, written by Bola Agbaje, is set in a car parked on Drury Lane in Covent Garden.

The play focuses on a conversation between 24-year-old Laura, played by Lekhani Chirwa, and her dad David, played by Tony Timberland, about her leaving the family home while waiting for an estate agent to arrive to view a prospective flat.

“While it may sound like a particularly strange concept, the story of ‘Papa Don’t Preach’ sets out to champion the kind of heart-warming, funny and important conversations that take place between loved ones inside cars all over the country each day – and what better way of doing this than sitting the audience right in the middle of their real-life setting, in possibly the smallest theatre in the world.”

Insurance company MORE TH>N commissioned Bola to write the play after its research with 1,000 parents revealed that cars play a central role in important family conversations.

Forty-five per cent of people that took part in the survey viewed the car as the one of the most important places when it comes to getting the family talking.

Fifty-one per cent of parents believe that candid car conversations are particularly beneficial to their family’s mental health and wellbeing.

The play will run from 23 to 25 September at The Theatre Royal, Drury Lane, Catherine Street, WC2B 5JF.