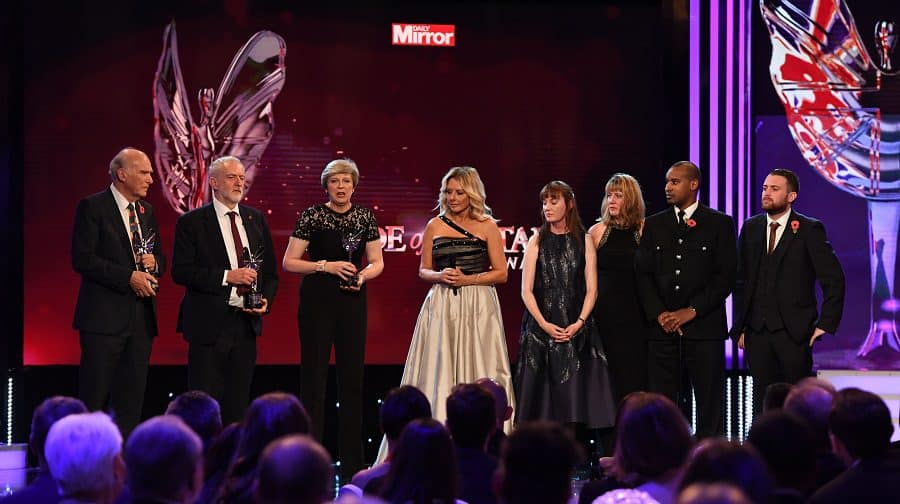 A Peckham policeman who was stabbed in the head during the London Bridge terror attack has received his Pride of Britain Award.

He was off-duty on the night of the attack, but ran to help a British Transport Police officer who was injured. He was then stabbed himself in the head, back, stomach and leg after confronting the knife-wielding terrorists who had ploughed through pedestrians on London Bridge just minutes before.

Pc Guenigault received the award alongside fellow London bobby Wayne Marques, who took on the three terrorists in London Bridge using his baton.

PC Keith Palmer, who died defending the Palace of Westminster in the March 22 terror attack, was also posthumously honoured with the Outstanding Bravery Award.

The awards were presented by Carol Vorderman, and the two officers were joined on stage by Prime Minister Theresa May, Labour party leader Jeremy Corbyn, and Liberal Democrats leader Sir Vince Cable.

The awards ceremony, held on Monday at the Grosvenor House Hotel, will be screened on ITV on November 7.