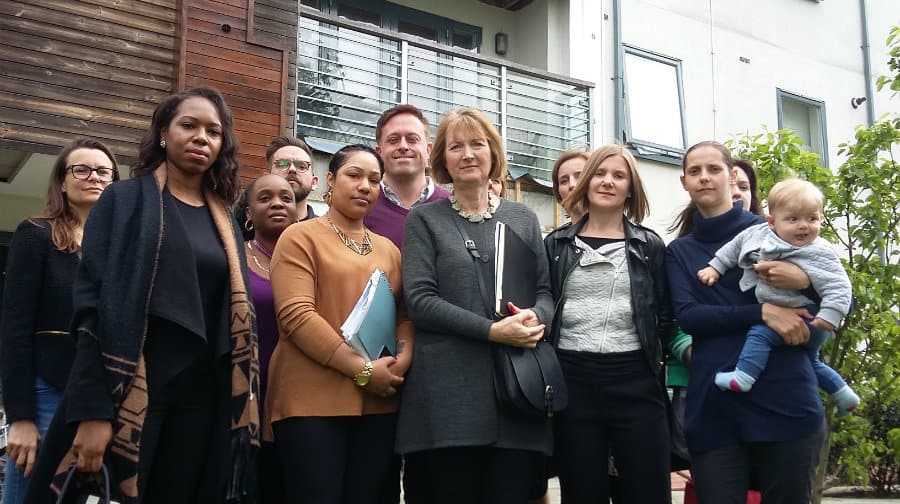 Dozens of residents on a Peckham estate, condemned for demolition only five years after it was built, face being evicted before they can find new places to live.

It was revealed by the News in May 2016 that flats in Solomon’s Passage, owned by Wandle Housing Association, were ridden with defects, including subsidence and water leaks.

But leaseholders and shared-owners in 40 and 46 have been left reeling after being told they must leave by March 31, after agreeing to sell their homes back to Wandle.

One leaseholder, who asked to speak anonymously, said: “Wandle has stated publicly that they do not wish to cause unnecessary anxiety or stress to residents of Solomon’s Passage.

“Yet we are all facing the real prospect of being made homeless and the prospect of continual upheaval from staying in hotels and with friends until we can move into our new homes.”

Although some residents have exchanged contracts on the sale of their properties back to Wandle, many are experiencing difficulties in securing mortgages or new homes.

On February 7, Wandle gave written confirmation that there would be no deadline for moving out.

Wandle provided timeline of schedule of works for the four blocks

A timeline published on Wandle’s website also shows that work will not commence on blocks until “late 2017” leaving affected leaseholders to ask why they can’t be given more time.

“Our properties will be left empty in April,” one resident said. “So why can we not agree an extension based on individual circumstances? It seems Wandle have lost all compassion now that they agreed the buyback of our properties.”

Another resident said: “If we all have to move out on the same day, how on earth will we all be able to park removal vans and get our belongings out of the block all at the same time?

“How can we all be moving our furniture out with one small lift?

“Yet again this demonstrates Wandle’s complete lack of foresight.”

Artist’s impression of the finished flats

A spokesperson for Wandle said: “We are having individual discussions with homeowners regarding them selling their homes back to Wandle.

“To date, we have successfully supported 34 homeowners at Solomon’s Passage to purchase a new home or move temporarily whilst we carry out work.

“We continue to be flexible where we can and have delayed completion dates previously to help accommodate specific needs. Starting the work on schedule is part of our commitment to all the residents of Solomon’s Passage, including tenants, leaseholders and shared owners.”