Is it the council, Network Rail, Arch Co or Govia Thameslink's job? 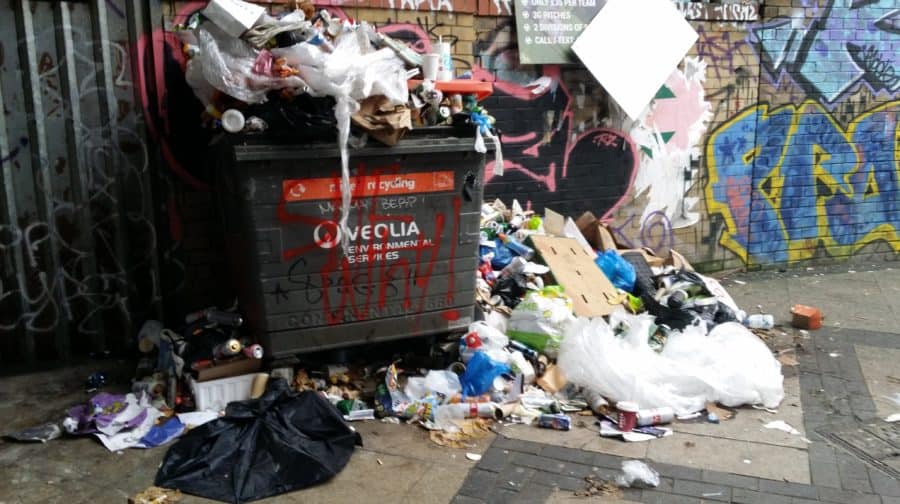 Confusion over who is responsible for keeping Peckham Rye Station clean continues as Network Rail, Govia Thameslink and Arch Co all claim it’s not their job.

Southwark Council has been forced to put on extra cleaning to cover the area after residents complained overflowing commercial bins and litter in the passageways near the overground were making the area resemble a “municipal refuse tip”.

The local authority initially blasted Network Rail for failing in its duties, saying their street cleaning teams were having to go in at taxpayers’ expense even though it wasn’t their land.

But Network Rail, its operator Govia Thameslink – which manages the station – and Arch Co, which is believed to have taken over land outside the station, have all told the News they are not responsible for collection at this site.

And, in a further twist, the Land Registry details for that patch of land have yet to be updated, meaning the council has so far been unable to confirm 100 per cent who actually owns it.

A Network Rail spokesperson told the News last week: “The area in question at the entrance of Peckham Rye station is maintained by Arch Co, who have taken over the Network Rail Commercial Estate business.

“We are equally disappointed by the fly tipping affecting the area and discussions are ongoing with stakeholders including Arch Co and Southwark Council to find a long-term solution in managing the issue”.

Govia Thameslink Railway declined to make a statement when asked by this newspaper – but did confirm they understood Arch Co to be responsible.

Bizarrely, an Arch Co spokesperson confirmed last Friday: “While we believe the responsibility for this area sits with Southwark Council and the train operator, we’ll be sending out a team to clean up the waste over the next day or so.

“Given that this reflects on the overall site, we’ll act to tackle the issue to improve the environment for our tenants and members of the public who use the area.”

After much to-and-froing, the News asked Southwark Council if they were any more certain about who would be paying for the upkeep from now on.

A somewhat baffled Cllr Livingstone, the Cabinet Member overseeing transport and the environment, explained: “This land definitely does not belong to the council.  To the best of our knowledge it is the responsibility of Network Rail, or of their buyer.  However, until the Land Registry system has been updated with new ownership details, Network Rail and their buyer are the only ones who can confirm the sale.

“The council is continuing to try and contact someone at Network Rail, to secure clarification about the situation, and make whoever is responsible for the land, take care of it.

“In the interim, the council will endeavour to minimise the impact on local residents, rail users, businesses and their customers, by maintaining a reasonable level of cleanliness at the site.”