Projected aiming to be completed by May 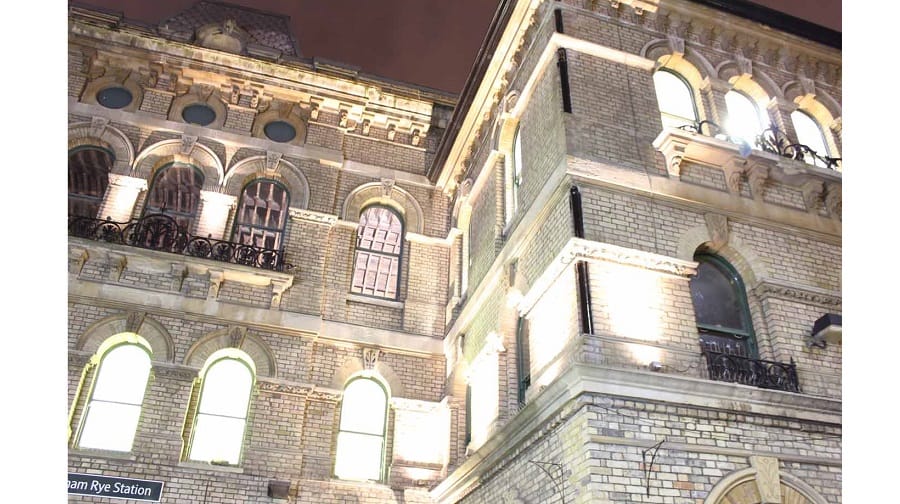 Peckham Rye Station is set to have its Victorian prestige restored with restorations to its “lost” architectural features.

Local architect Benny O’Looney told the News he will revive black cast-iron cresting on top of the “French-style seamed roof”.

“You can still see it at Denmark Hill Station, but all its flourish was lost at Peckham Rye at some point in the 20th century,” Benny said.

“It will revive it as a Victorian building and make it look very impressive. You will be able to see it from the trains, and when the big station square scheme is finished it will look amazing.”

He aims to complete the project by May.

Existing stone work will be cleaned and checked for defects and Bath stone will be used to complement its original colour. New ‘Southern Green’ coloured sash windows will be installed on its three floors.

There will also be a new lighting scheme to show off the Victorian stone work features at night time.

Benny said he took the opportunity to spruce up the station’s exterior when he saw Southwark Council’s plans to create the new Station Square will go ahead.

“There’s going to be a lot of scaffolding going up, so we realised this was our opportunity to do everything we wanted with the reinstating,” Benny said.

“We have about £2,000 of cleaner, greener safer funding from Southwark Council. We’re only a small company and this is our way to contribute.”

The plans have also been supported by Network Rail and the National Railway Heritage Trust.

Benny’s other project, to reopen and restore the station’s original Victorian stairway and waiting room, are also in the works.