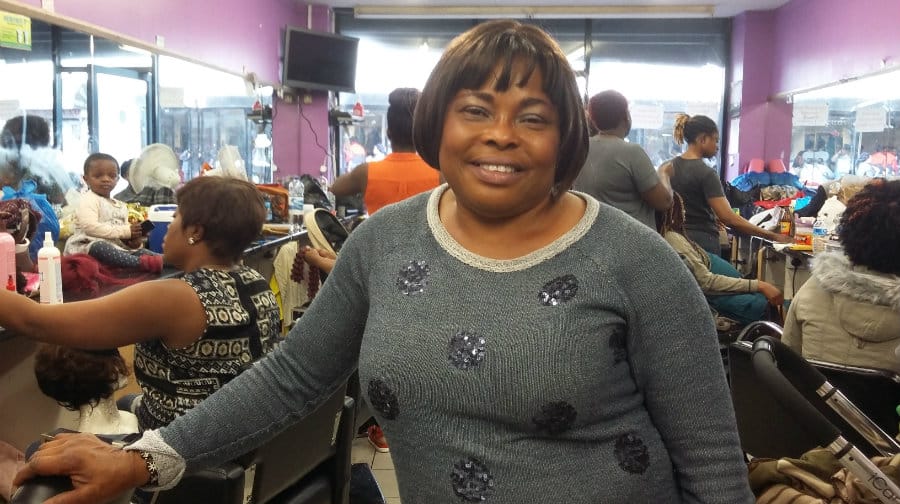 Managers of beauty salons around Peckham Rye station have said the council’s plans to move their shops will “ruin” their businesses.

The six salons and beauty shops at the junction of Blenheim Grove and Rye Lane face being displaced to a new row of shops in Bournemouth Close, following the council’s decision to demolish the Peckham Rye Arcade in favour of a station square.

The News reported in April that families at the Atwell Estate are also angry at the prospect of Southwark Council demolishing their garages, in order for the thirteen new units to be placed directly at the bottom of their gardens.

The council recently submitted a planning application for the ‘Peckham Palms’ proposal, which suggest demolishing the Bournemouth Close garages and replacing them with thirteen commercial units for the salons, as well as new cafés and bars.

Omo Rhuasa, manager of the Divine Destiny hair salon said: “I don’t like the idea at all. We have a really strong community here already, and we make money by people coming in and socialising and deciding to buy things as they walk past.

“These salons are famous all over the country. People in Birmingham and Liverpool come here. People won’t notice us if we’re over in Bournemouth Close. We have not been told if we will be offered compensation either.

“I understand why the Atwell Estate residents are upset. They don’t want to have loads of noise from businesses right by their houses. It’s a residential area.”

The 55-year-old also said the council should be more focused on building homes and spending money on looking after homeless people.

The manager of Hair & Beauty African Beauty Products, who did not want to be named, also said it would “put them out of business”.

“I think the council have been fair in trying to keep us informed of what their plans are, but this could put us out of business. None of the salon owners want this to happen,” she said.

“We would quite like to be able to move into the new square when it’s built, but that doesn’t look likely.”

It says the thirteen shops would feature a wide, unobstructed roof to create a “generous covered arcade” with groups of palm trees for a “green” “semi-indoor” environment.

Seventy-three-year-old Shirley Neild, the Atwell Estate’s TRA chair, said in April that the new shops would leave the estate’s residents with “nowhere to park”.

She said: “What if one of us needs an ambulance or a fire engine needs to get on to the estate? With all the shops lined up there will be no way for emergency vehicles to get to our homes.”

The residents say they have asked them for new security gates at the entrance to the estate, so people “drinking or messing around” won’t be able to get in.

“We also asked if they will give licences to the bars that won’t let them stay open too late, but we were told they ‘couldn’t promise us anything’,” Shirley said.

Cllr Mark Williams, cabinet member for regeneration and new homes, said: “In the beginning Peckham Palms was a creative solution to help the many hair and beauty businesses around the station find new premises during the construction.

“However, we now have a more ambitious vision and we want to not only make sure the businesses relocating to Peckham Palms not only get the full business and marketing support they need to get their customers to move with them but grow and become the number one spot for afro-Caribbean hair and beauty in London.”

These hairdressers are Africans and not Afro/black Caribbean people. They are annoying and harassing as hell and if you are a black female, you cannot pass by their shop without them coming out to bother and persistently call out at you in the street to use their business. I live on Blenheim Grove and I will be very happy to see them moved. I could then go about my normal activities in peace.