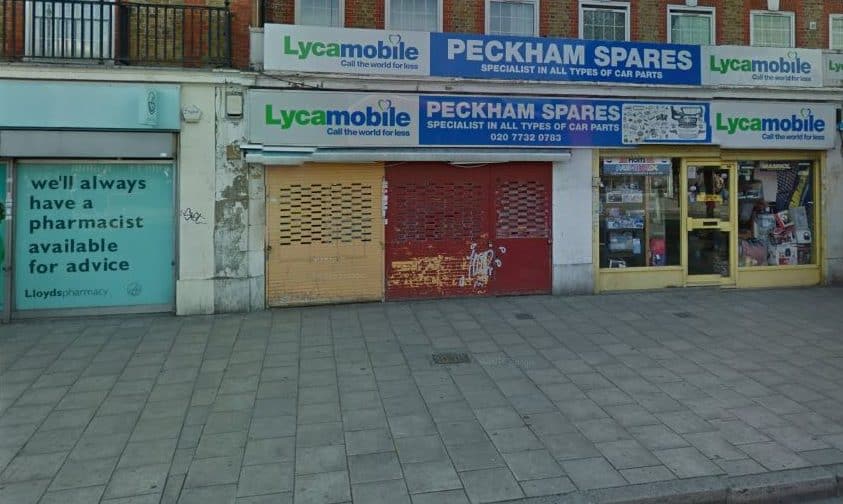 Peckham Spares sold the knife to an undercover sixteen-year-old volunteer, the court found

A Peckham shop and sales assistant have been fined over £2,600 in total after Southwark Council Trading Standards deployed a 16-year-old female volunteer to test purchase a knife.

Shop worker, Jerrom White, sold a £5 ‘snap-off’ knife to the sixteen-year-old girl at Peckham Spares in February, Camberwell Green Magistrates heard – even though she could not produce ID when asked.

Little known to the shop and its staff member, the youngster was working with Southwark Council’s Trading Standards to test knife sales at the Peckham Hill Street establishment.

An under-cover community warden was in the shop to observe the sale which was part of an ongoing Home Office-funded enforcement program.

It is understood that neither 31-year-old White, of SE15, nor the company which runs the store, Harpreet Bansal Limited, attended the court case on September 23. “This trader fell well short of what we expect and sold a knife without taking the vital steps necessary to check the age of the purchaser,” said Cllr Evelyn Akoto, Southwark’s cabinet lead for public health.

“The onus is on all of us to create a safe environment for our community and we will continue to work closely with Southwark businesses, to ensure that they follow the best practice when stocking and selling knives, as we all know that in the wrong hands use of a knife can have devastating consequences.”

It is illegal to sell knives, blades or razor blades to minors, and carries a fine and up to six-months prison sentence.

There are only limited exceptions:

The news comes after fellow Peckham establishment, Khan’s Bargains, alongside two of its employees were fined more than £3,000 for an underage knife sale.