Peckham Square Arch to be removed

Community divided over plans to get rid of iconic feature 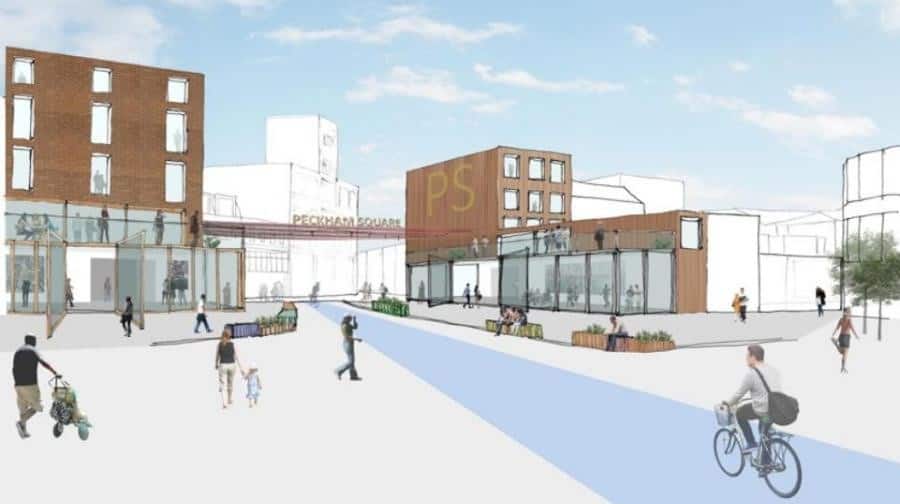 The “iconic” arch covering Peckham Square is going to be removed to make way for cafes and new homes, the council has revealed.

Removing the John McAslan arch, which was commissioned by Southwark Council in 1993, will make room for two five-storey buildings to house new flats, cafes and community spaces.

Cllr Mark Williams, Southwark’s cabinet member for regeneration and new homes, said: “The arch has been a part of Peckham for many years and we know that there are a range of views on whether it should be kept or not.  After listening to local residents and weighing up the options we have decided to remove the arch so that we can improve the square and have new cafés, cultural space and some new homes.”

Previously, local defenders of the arch, like Peckham architect, Benedict O’Looney, said it would be a “great tragedy” if it were removed. “It’s such a generous open space. It seems insane to take away something so rare, unusual and an iconic symbol of Peckham,” he told the News in March.

Cllr Williams pledged that some of the new flats will be council homes (though how many is not clear at this stage) and half of those will be reserved for local residents who are currently living in overcrowded conditions.