Peckham YouTuber praised by PETA for his range of vegan dips

Omari is one of PETA's compassionate kids 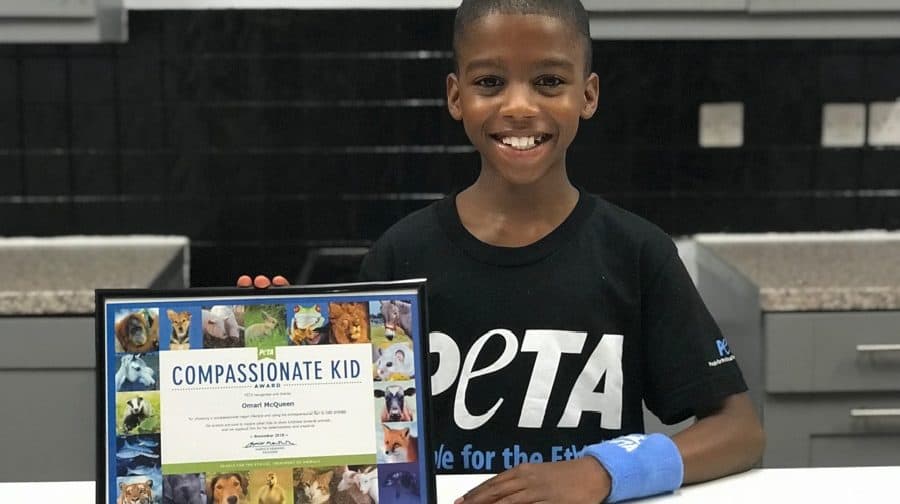 Omari, with his award

A ten-year-old YouTuber from Peckham has won an award from animal rights charity after creating a range of ‘cruelty-free’ vegan dips.

Omari McQueen decided to become a vegan two years ago, aged eight, after learning about the meat, egg, and dairy industries.

He is known for his YouTube Channel The Mari Maker Show, where he lives to showcase recipes everyone can enjoy, including delicious dipping sauces.

His culinary talents have now bagged him a Compassionate Kid Award from People for the Ethical Treatment of Animals (PETA).

“Omari’s innovative kitchen creations make it easier than ever for people to dip into a vegan lifestyle,” said PETA director Elisa Allen.

“His compassion and his determination to create a better world for animals are a wonderful example for other kids – and adults – to follow.”