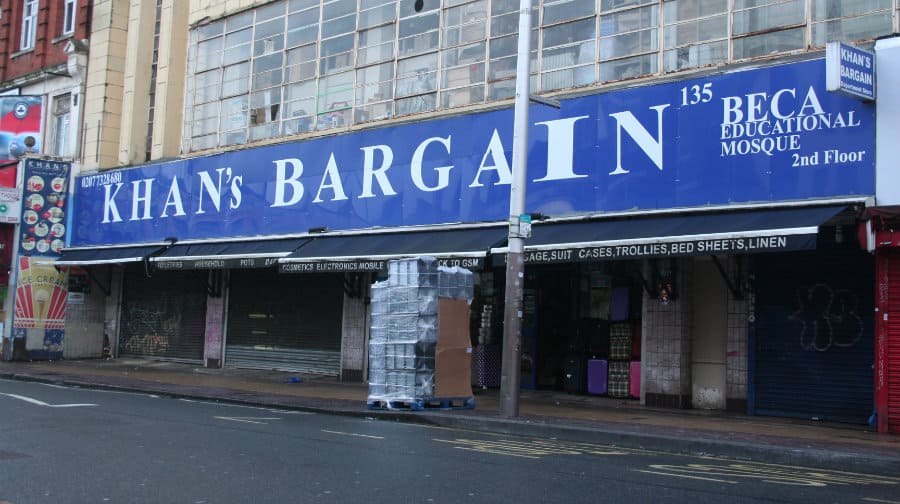 The owner of the most famous shop in Peckham has been sent to prison for four months after trying to cover up the sale of a banned pesticide to a woman who then used it to kill herself.

Akbar Khan, 41, owner of Khan’s Bargains in Rye Lane, was sentenced at Woolwich Crown Court on Friday last week after a 23-year-old woman swallowed the entire contents of a 100ml bottle of the illegal mosquito killer ‘Sniper DDVP’.

Police were called to her home in Consort Road in June last year where they reported a strong chemical smell coming from the property. Despite the efforts of four paramedics the woman could not be saved.

The printed label on the £1.35 bottle read ‘Khan’s Bargains Ltd’, accompanied by a receipt in the dead woman’s handbag.

Southwark Trading Standards officers visited the shop on the same day and found a further nine bottles on sale.

The father-of-six  was fined over £26,000 for breaching EU Biocide regulations in March but it then emerged that he had doctored a sales invoice for the highly toxic substance, banned in the UK since 2002, to falsely claim it was a free sample.

Khan, the head of the Rye Lane Traders Association, has now been jailed for four months for perverting the course of justice.

The court heard how Khan had transformed the store since setting it up in 2000, a year after he arrived in the UK from Afghanistan.

Ms Sarah Ellis, defending, said Khan had lied about the invoice in a “panic” and that the sentence would have a “catastrophic effect” on his family.

Khan, of Rosemount Road, Acton, had claimed that the ‘free sample’ came from a company called Maxim Marketing, run by a Taufiq Jhaveri.

When Mr Jhaveri passed away recently, Khan visited his family to try and get them to corroborate his claims.

The judge, Mr Recorder Christopher Hehir, said: “Your position was bad enough at that point but you made it far, far worse when you visited the late Mr Jhaveri’s family.

“This offence is so serious that only immediate custody is appropriate. I have no other option but to send you to prison – you must be punished and others must be deterred from committing similar offences.”

In addition to the four month jail term, Khan was ordered to pay prosecution costs of £2,394.60.