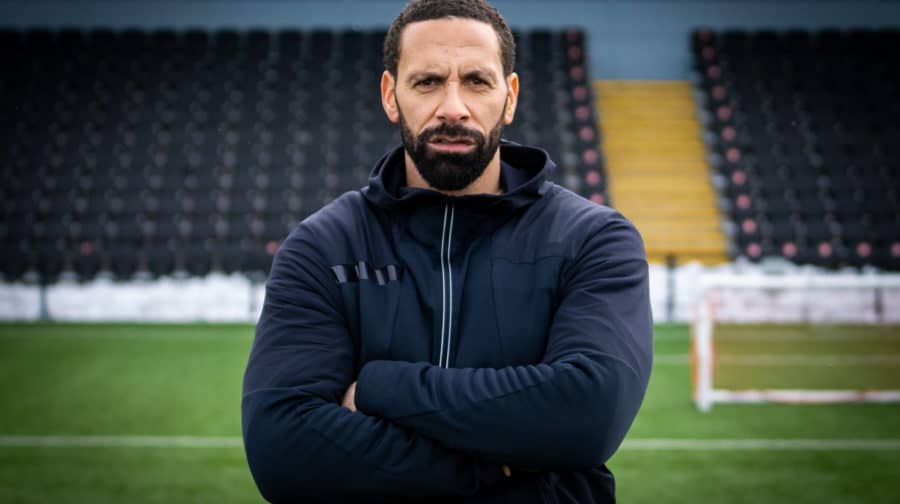 Former Manchester United and England footballer Rio Ferdinand has launched a new programme to “put a spotlight on young people” in the fight against racism and other kinds of inequality, writes Kit Heren…

Ferdinand, who grew up in Peckham and went on to play more than 80 times for his country, said he wanted to inspire young people “to get involved, to create projects and to participate”.

He said in a video that the United Against Racism project would give young people “the tools to make a difference in their community”, in areas including sports, arts and digital skills.

“United Against Racism bring[s] together communities, businesses and other stakeholders to support young people and empower them to develop skills and deliver projects that will tackle inequality and racism in their neighbourhoods,” Ferdinand added in a statement.

“It’s a youth-led initiative to bring communities together through the power of sports, music and all areas of popular culture, underpinned by training and skills-based activities to help them achieve their potential in life.”

“Our programmes will be delivered face to face in communities and online and will have a reach across the UK and Ireland. I am proud of the young people that have built this programme to date and would like to ask people to get involved and support our young people in any way they can to deliver change and tackle racism at a grassroots level.”

United Against Racism has backing from companies and organisations like Sky, UEFA and the Black Police Association. The year-long programme is being run as part of Ferdinand’s charity the Rio Ferdinand Foundation (RFF).

Leo Brown, a youth ambassador for United Against Racism based in Belfast, added: “The RFF embodies all the values that I hold myself and I can’t wait to carry the torch and make a change in my city.”