The man and woman's injuries are not thought to be life-threatening. 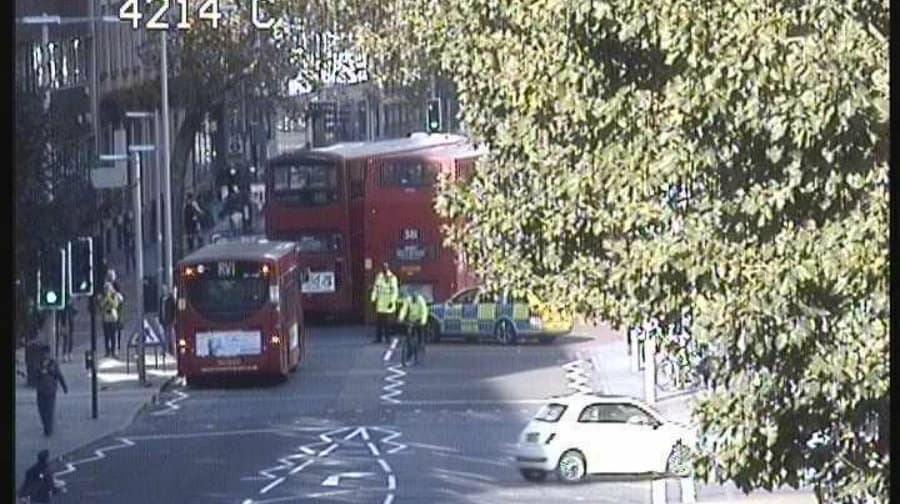 A male motorcyclist and female pedestrian have been hospitalised after a rush-hour collision in Southwark Street.

Police were called at around 8.50am after the bike collided with the woman outside the Mercure Hotel.