Pensioner in critical condition after van crashes into mobility scooter 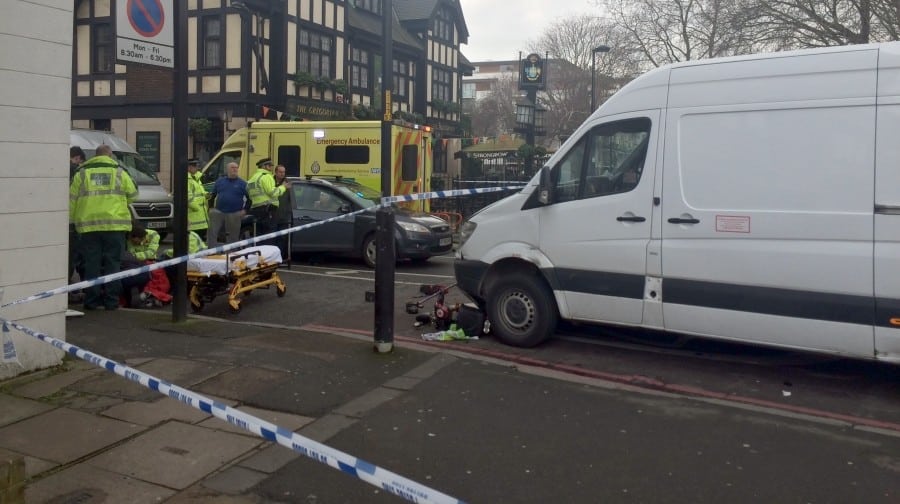 An elderly woman was badly injured when her mobility scooter collided with a van in Bermondsey on Friday.

The 69-year-old woman was hurt in the collision at the junction of Jamaica Road and St James’s Road at around 12.45pm.

She remains in hospital in a critical condition.

Witness Mark O’Brien was working at a building site nearby when the accident occurred and arrived at the scene soon after.

He said: “The emergency service response was just brilliant. They sometimes get criticised but they really are there when we need them.”

A London Ambulance Service spokesperson said: “The woman was treated for injuries at the scene and was then brought to King’s Hospital.”

The entrance to St James’s Road was closed after the accident and police regulated traffic flow on Jamaica Road.

Police would like to speak to witnesses to the incident. A spokesperson said: “Anyone with information should call the Serious Collision Investigation Unit on 020 8285 1574.”