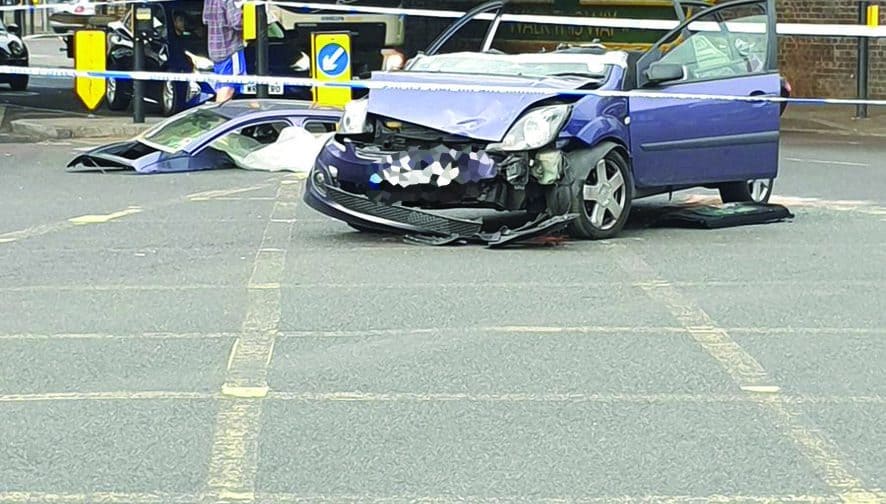 A woman in her 70s was hospitalised after three cars collided at Herne Hill’s junction near Brockwell Park on Easter Monday.

A section of Norwood Road was cordoned off and traffic diversions put in place as police, paramedics and the Fire Brigade attended the scene

Later that evening, wreckage still on the road included a badly damaged car in the middle of the junction where Norwood Road meets Dulwich Road, with its roof lying nearby.

The woman was taken to hospital with injuries described as ‘non life-threatening’.