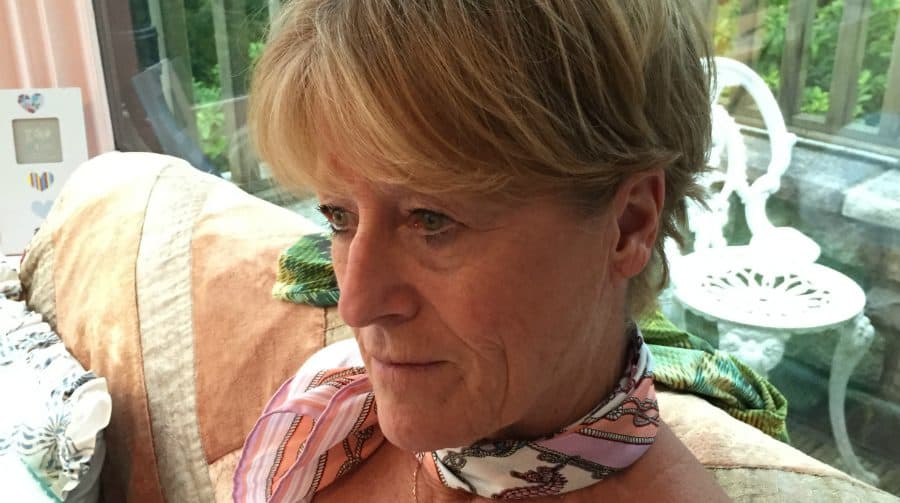 Joy Pearce has been searching for her baby sister's grave for years, only to find it overgrown and being used as a toilet for dogs

A pensioner who spent years searching for her long lost baby sister’s grave was horrified to find packs of dogs using it as a toilet.

Joy Pearce was adopted as a baby after most of her family died of TB in the 1940s.

The Taylor family lived in Dover Court off the Old Kent Road when baby Shirley died at just sixteen months old in 1943. When Joy’s older sister asked their mother where Shirley was, she simply replied: ‘She’s not coming back Jeanie’.

In the next two years both Joy’s parents died of the infectious disease, leaving Jeanie and Joy orphaned. Jeanie, then ten years old, was sent to live with their grandmother and eleven-month-old Joy was adopted by a Dulwich family and grew up on Lordship Lane.

After meeting a distant aunt at a funeral two years ago, Joy managed to track down where her mother and father were buried – in unmarked graves in Manor Park cemetery.

Joy was “absolutely thrilled” to find her parents after so long but was mystified as to why baby Shirley was not buried with them.

Since then Joy, 70, has been searching for her sister and recently discovered Shirley was buried in a common grave in Nunhead Cemetery.

“I was quite excited in a way,” said Joy, who went to visit the grave last week.

But when she arrived she was “devastated” to see groups of dogs running around “a complete and utter jungle.”

“I saw at least a dozen dogs running around defecating over the whole place,” said Joy. “It was just appalling, absolutely appalling. It’s just devastating to see.”

Joy was informed by a member of staff in the cemetery office that they had let some of the areas ‘go back to nature’.

“That isn’t nature, that’s just forgotten about. It’s like they’ve forgotten those people ever existed,” said Joy who would do anything to be able to mark her sister’s grave in the same way as she did with her parents – by clearing the plots and giving them headstones.

“To some people it’s not important but to me it’s very important because I lost my family and it’s the only way I can be close to them,” said Joy.

In the meantime, she has added an inscription on to her mother’s new headstone reading: ‘Also baby Shirley’.

Councillor Darren Merrill, Southwark’s cabinet member for environment and public realm, said: “We take any form of littering very seriously and do our best to both educate dog owners and enforce against wrongdoers.

“It’s really important that all park and open space visitors, take care of their surroundings and give some thought to other users,” added Cllr Merrill, who confirmed there will soon be wardens in the cemetery who will able to issue fines to any offending dog owners.

The overgrown area of Nunhead Cemetery where baby Shirley is buried