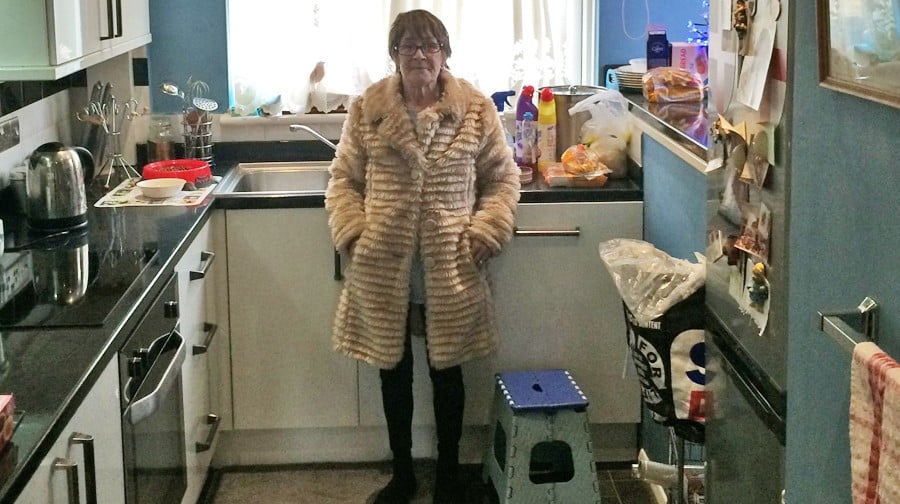 Rose Neale in her kitchen

A 71-year-old widow who spent her life’s savings repairing water damage to her kitchen is demanding compensation from Southwark Council.

Rose Neale’s kitchen at her Wesley Close home was devastated when rainwater poured through her damaged ceiling four years ago. Her appliances, lights, counters and floor were all ruined in the deluge.

She told the News: “You’ve never seen anything like it. Everything was destroyed, it was horrible. I could only make food using a cheap electric cooker plugged into the wall.” She said that she appealed to the council for help but received no support, despite multiple visits from officers. She said: “I was treated disgracefully. All they ever did was come and take a couple of photos and then leave again. This kept happening but I was getting nowhere.”

Rose eventually lost patience and repaired the damage herself in 2012. The total cost was over £5000, which she could only pay by emptying her savings account and borrowing money off her son.

Since then, she has gone back and forth with the council over compensation but again has struggled to make any progress.

“I understand that they might not have paid for all the improvements I did, but the very least they could pay for the bare minimum. Instead they’re just ignoring me.”

She also stated that she was invited in for a meeting at the council last month, only to arrive and find nobody prepared to speak to her.

Rose’s kitchen after workmen ripped it out

Cllr Richard Livingstone, Southwark’s cabinet member for housing, said: “This is the first I have heard of Ms Neale’s plight and I am very sorry to hear what she has been through. Whilst it is not our policy to reimburse residents who choose to fit in new kitchens, I would be happy to meet with her personally to discuss what has gone wrong in this case.”