“Hopefully we can reach the 1,500 mark very soon, by the time TfL’s Business Case is ready. We want to time it for when that comes out,” said Evelina Hospital worker. 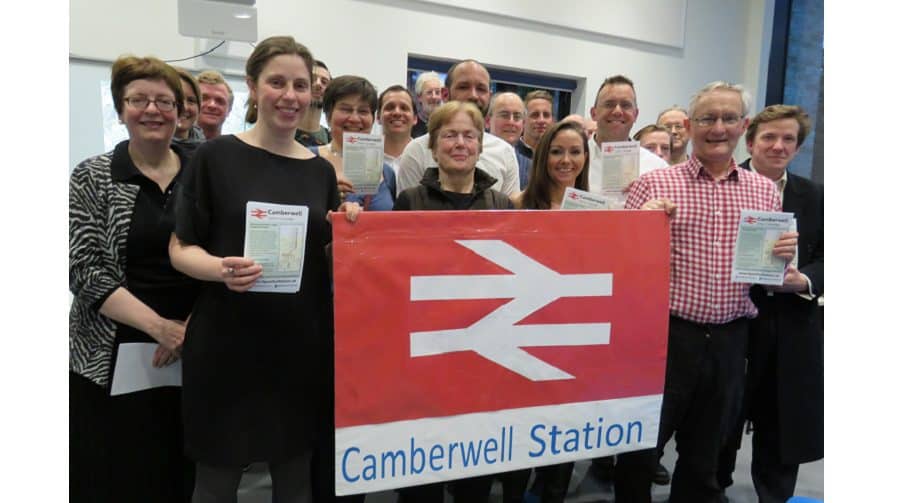 Campaigners are urging people across south London to sign a petition calling on the government to agree to reopen Camberwell Station.

The News reported last week that Transport for London was working with Southwark Council and Network Rail to produce a Business Case by mid-June. It is expected to set out TfL’s belief that reopening the station would be “feasible”.

At the same time, local residents are aiming to submit a “formal request” to the Department of Transport to give the proposals the green light. And to strengthen their hand, and prove the “high level of public demand” a petition has been set up by Sophy Tayler, founder of Priority Action for Camberwell Transport (PACT).

The 55-year-old Pempler Street resident told the News: “The formal request is an interesting approach in terms of demonstrating that people care very much about reopening the station.

“It was suggested by MPs Harriet Harman [Camberwell and Peckham] and Helen Hayes [Dulwich and West Norwood].”

The petition has grown rapidly, and more than 1,000 signatures have been added since the News spoke to Sophy last week.

“Hopefully we can reach the 1,500 mark very soon, by the time TfL’s Business Case is ready. We want to time it for when that comes out,” said the Evelina Hospital worker.

At a meeting held last week at Camberwell Library, it was highlighted that the new station could particularly benefit people across the country who travel to King’s College Hospital and Maudsley Hospital to access their specialist services.

Studies with King’s College Hospital, which receives over one million visits per year, and Maudsley Hospital, also showed a need to help staff, patients and visitors get better access.

Compared to the average person in London, visitors to King’s were “more than twice as likely to be disabled” and “nearly three times more likely to be 60 years with associated frailties”. Eighty per cent of survey respondents said their poor experiences of travelling to the hospital “acts as a deterrent” to them visiting.

“We need people from outside of Camberwell to sign the petition, we need to demonstrate also that people from all over will benefit from this station,” Sophy said at the meeting.

The Station closed 101 years ago during World War One, and previously linked Herne Hill with Farringdon.

It is proposed that the station would occupy buildings along Camberwell Station Road formally used as its ticket office. The station’s platforms would also need to be lengthened to accommodate the longer twelve-carriage trains used today.