“He was a brilliant person, totally and completely brilliant. To be honest I think TV went down the pan when he left the BBC” 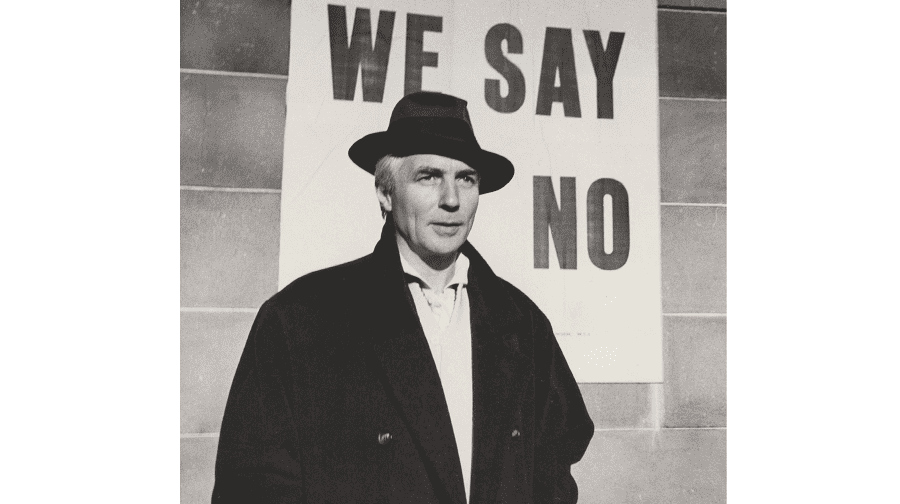 Publicans have spoken of their affection for one of Peckham’s more peculiar characters, Michael Wearing, who died of cancer on May 5.

The 78-year-old – best known for producing TV series Boys from the Blackstuff and the Edge of Darkness – was a regular at The Gowlett, The Montpelier and Bar Story.

“He always had an eclectic mix of friends around him. Sadly though we would usually be his last stop of the night, so normal conversation with him wasn’t always possible,” Johnny said.

Ben Sassoon, owner of Bar Story directly opposite Michael’s “small, narrow” house in Blenheim Grove, said he was “the only person” who supported the bar when threats were made to its licence.

“He was a well-known character” Ben said. “He wasn’t like others of his age group. He was a rebel. He didn’t care, he only wanted to have a good time, though there was always a sense of pathos to him.”

Artist Alan Skidmore, who knew Michael as a Montpelier regular, said: “Women adored him, even in his seventies and being in such poor health, he looked far younger. He had a certain aura.

“He was his best when he was meeting different people. And for all his cantankerousness when drunk, he was unique and loveable.”

As well as producing the five-part series Boys from the Blackstuff (1980), six-part series Edge of Darkness (1985), Michael spent ten years as head of series with the BBC from 1989. In 1999 he became an executive producer with Irish Screen, who made Human Traffic (1999) and When the Sky Falls (2000).

But it was in 1997 that his contributions to British television were recognised with the Bafta’s Alan Clarke award, followed by the Royal Television Society’s Cyril Bennett judges’ award in 1998.

The photo of Michael (above) was taken by photographer Lu Jeffery, during the filming of the 1991 TV drama Fellow Traveller.

Lu told the News: “My husband had been Michael’s best man.

“He was a brilliant person, totally and completely brilliant. To be honest I think TV went down the pan when he left the BBC.”

Michael was born in Southgate, north London, to Molly and Douglas Wearing.

He studied anthropology at Durham, then worked as a research assistant at Leeds University, where he directed plays.

His 1965 marriage to Jean Ramsey ended in divorce, and he was said to have “never got over” the death of his eldest daughter Catherine in 2007.

He is survived by his and Ms Ramsey’s other daughter Sadie, as well as two children he had with his later partner Karen Loader: Ella, and Benjamin, who continues to live at his father’s house.