The owner of the flat was away during the fire, which happened yesterday evening 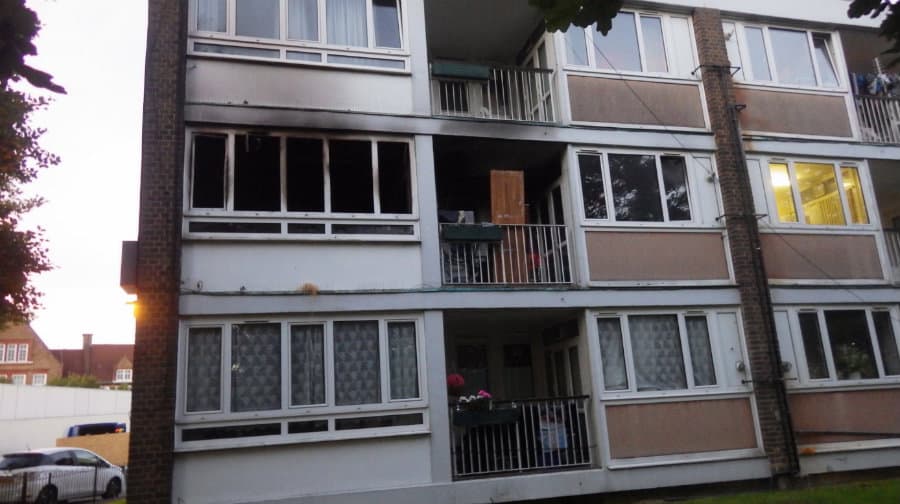 After the fire in Nunhead Crescent. Photo by LFB.

A lucky pooch was rescued by firefighters on Tuesday after a fire erupted at a flat in Peckham.

Tragically, the London Fire Brigade were unable to save a little tortoise, which lost its life in the blaze in Nunhead Crescent, off Peckham Rye.

The Brigade was called at 5.34pm while the owner was out, and the fire was under control at 6.34pm.

The cause of the fire is believed to be accidental, due to a faulty heat lamp.

There were no smoke alarms fitted in the property, and the Brigade was alerted to the fire by a neighbour.

A spokesperson for the Brigade said: “Everyone should have at least one smoke alarm on every level of your home and the safest option is to have those linked together.

“This will give the earliest warning if there is a fire in your home.”