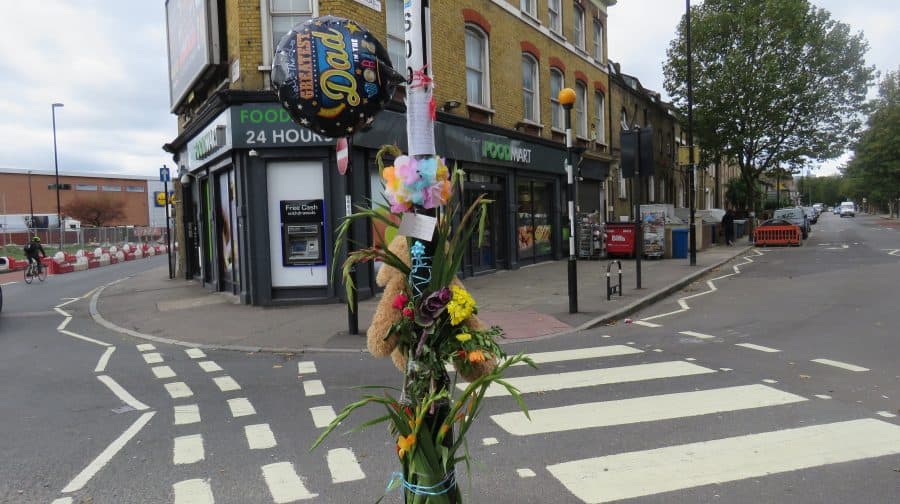 Police have named the 82-year-old cyclist who tragically died in a collision on Saturday September 29th.

The authorities have formally identified him as Peter Harris. No further details have been released at the family’s request.

Mr Harris was sadly killed after being struck by a Mercedes Benz in Evelyn Street at 10:15am.

The emergency services and passers-by rushed to his aid, but he was sadly pronounced dead at the scene.

Flowers left at the site of the collision by relatives paid tribute to the “wise, strong, independent” grandfather.

Another moving card left at the scene said: “Grandad, you will never understand how much I loved you. Why was you taken like this? I love you always and forever.”

The driver of the car stopped at the scene.

The cyclist’s death is the third on the route of the proposed CS4 highway in 2018, and the eleventh in London so far this year.

An initial consultation on the proposed CS4 Superhighway published in March found overwhelming support for the idea, with 83 per cent of respondents in favour of the proposed route.

Modelling has been completed on the sections of the highway managed by TfL, with detailed design plans starting late last month.

There have been no arrests and enquiries are continuing.