The donation marks the 100,00th book giveaway during the scheme run by the National Literacy Trust and British Land 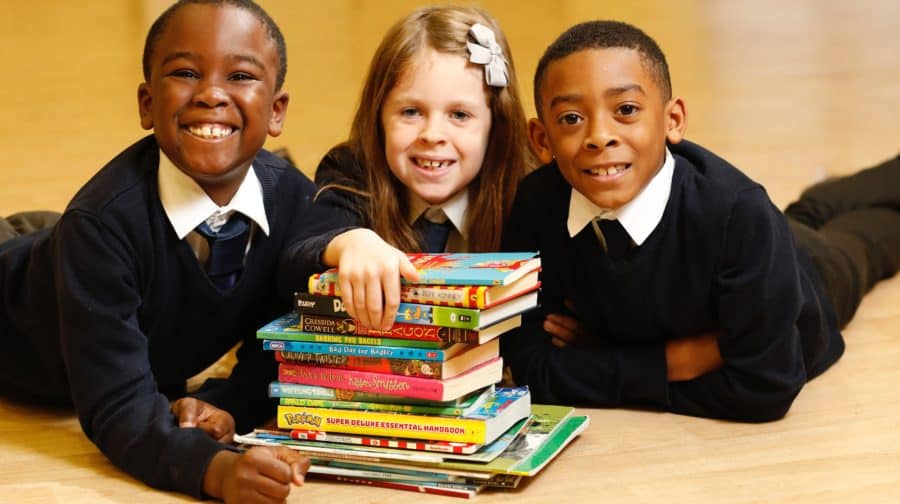 A books giveaway to the Peter Hills Primary school in Rotherhithe marks the 100,000th donation in a scheme co-run by the National Literacy Trust in celebration of International Book Giving Day.

The 100,000 total book donation was part of an ongoing seven-year-long partnership between the National Literacy Trust and British Land to promote literacy in the UK’s less advantaged areas.

The project has helped 35,000 children under the age of 11 to read for fun in their free time, its organisers said.

According to research by the National Literacy Trust, one in eight disadvantaged children in the UK don’t own a single book, while enjoyment of reading has a reportedly greater impact on children’s educational achievement than their parents’ social class. Pupils spell out 100,000 while holding up books to mark the giveaway

Children who are the least engaged with reading are also said to have worse mental wellbeing than their counterparts who are more engaged.

The photoshoot of Peter Hills Primary School pupils welcoming the donation was released by British Land to mark International Book Giving Day today, which aims to get books into the hands of many children as possible.

The event, which began in 2012, is now recognised in over 44 countries worldwide.