“Now that the school is in a good place I feel like it’s time to go," Lynn said 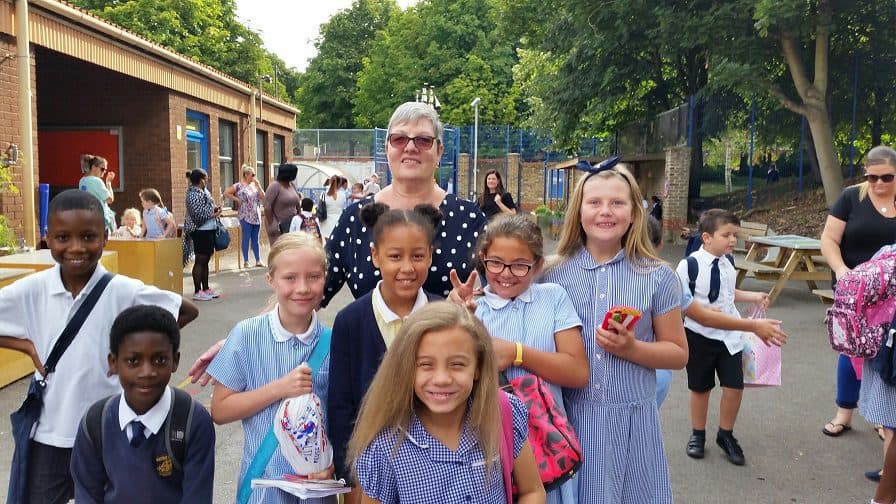 A Rotherhithe primary school bid farewell to a popular member of staff who has retired after 35 years last week.

The 65-year-old said she always looked forward to going to work and that she loved her job because of the children.

“I’m 66 this year and I always wanted to stay until I was 65 and have my birthday with the kids – which I did.

“Now that the school is in a good place I feel like it’s time to go.

“My husband has been wanting to retire for a couple of years but didn’t want to be home alone so he retires the following week.

“We’ve had our Ofsted and we’ve had my finance audit so I’m leaving everything in place and I’ve got a nice colleague who’s been with us about eighteen months taking over part of my job so it’s going to be running smoothly.”

Lynn, like her mother, was born in St James’ Tavern (now St James’ of Bermondsey), which her grandmother owned throughout the war before moving to The Ship.

She entered the world of work at the age of fifteen and her first job was as a receptionist at a chartered accountant.

The grandmother-of-four went on to raise two sons and when she returned to work she worked first in the kitchen at what is now Southwark College, before moving to what is now Peter Hills and has “not looked back since”.

Lynn enjoyed an afternoon tea with parents and children at the school, as well as a party with the staff and governors in her final week.

“I’m sad to go,” she said. “Some of my parents are my babies; some of them came to the school and then brought their children to the school so it’s nice seeing them grow up.”

“I’ve had a brilliant life really in work as well as out of work,” she added.