While championing panto silliness in abundance 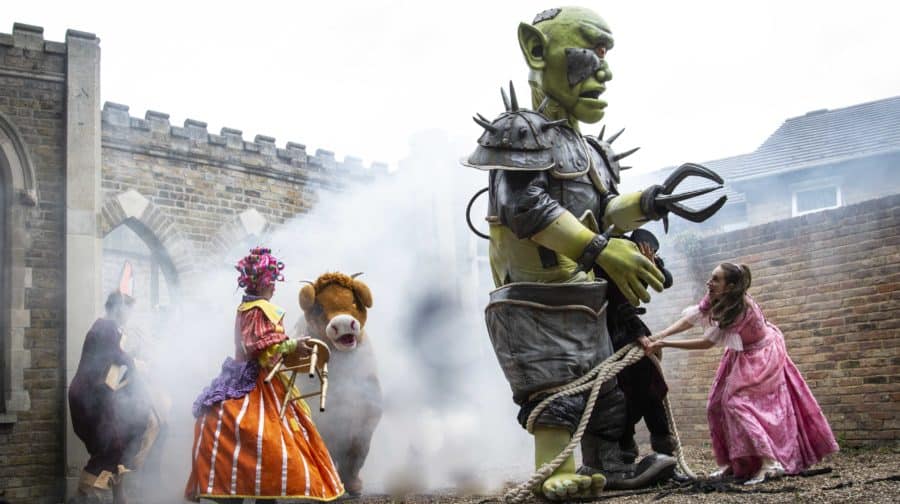 Despite many social event cancellations, keeping the festive spirit alive is Peter Duncan with his homegrown pantomime – Jack and the Beanstalk – that loses none of the genre’s fun-filled playfulness, even though the themes do reference current weighty global issues. So, if you’re looking for entertainment this Christmas you’ll be relieved to know this wonderful production will be available online and screened at 55 UK cinemas, writes Carolyn Hart Taylor.

Given current restrictions, Jack and the Beanstalk’s tale unfolds with Peter Duncan in very nice suburban mansion house, later spilling out into the garden where Nicola Blackman as the Garden Fairy sets the scene of this Garden Pantomime. In exchange for the shouting out so characteristic of panto, the colourful Garden Fairy reminds viewers to interact by shouting at the screen, so trust that adults and children will be virtually united shouting their ‘Fe Fi Fo Fum’ from the comfort of their homes throughout this show. 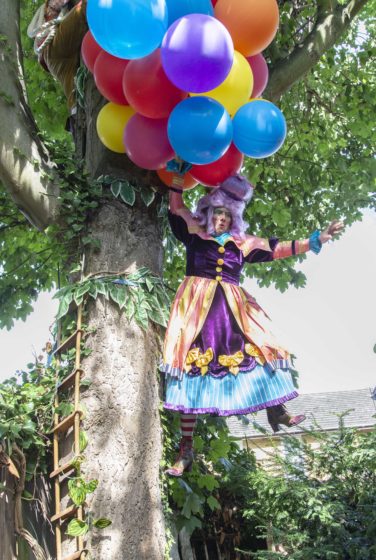 ‘The earth is in trouble, the ice cap is melting, the climate is bad, all is in chaos, and the people are mad’, Fairy reminds us, leaving us to fill in the gaps and take responsibility by taking care of our planet. But we’ll need to put some effort in as the epitome of destructiveness arrives via the character of Flesh Creepy, played by Jos Vantyler, the former butcher and side kick to the Giant, arrives looking steam-punk in his goggled hat and plum velvet garbs.

Championing panto silliness in abundance is Peter Duncan’s playing of Jack’s mum Dame Trott, wafting about in rainbow dresses, rosy cheeks, and purple hair, delivering jokes, songs, dances and one-liners. Duncan, along with cast members, shines throughout, deservedly so, considering he wrote the words, songs, as well as part-directed, working to get this pantomime up and running.

Supporting his vision, the cast give their all delivering this festive tale, weaving contemporary messages into the storyline, such as reminding viewers to stand apart, of parents working online, the Furlough scheme, the planet and, finally, the pantomime of politics informing us that ‘Pantomime, like politics, has some very dodgy players’

Giant of a Pantomime, a viewing delight.

Profits from Panto Online will be supporting six fantastic charities and youth projects:

Tickets are now on sale at www.pantoonline.co.uk for a special early bird price of £15; Early bird family ticket (including online activity pack): £25 – and the panto will be available for you to watch as many times as you want between December 4 and January 10.

Peter DuncanJack and the Beanstalk