Residents say they're concerned about noise and anti-social behaviour, but the organisers said they have doubled security patrols on the family-friendly event 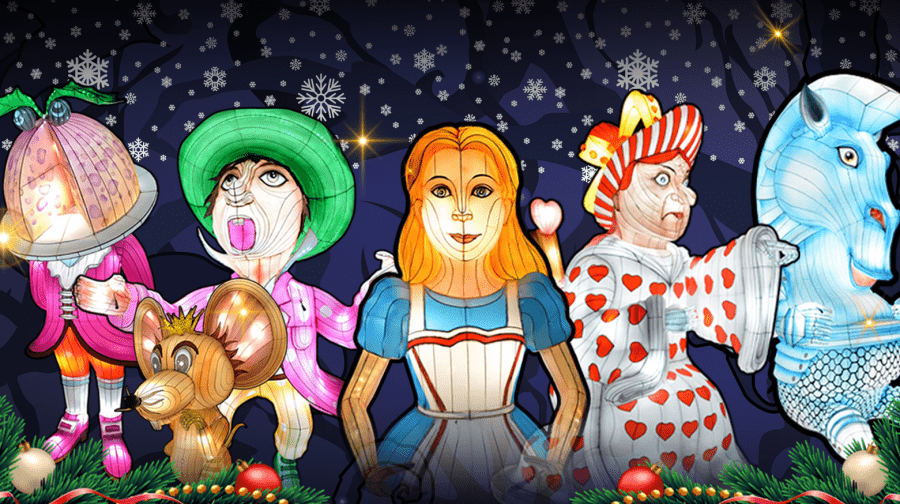 Residents have raised concerns about an Alice in Winterland event which will see a northern part of Southwark Park closed off for 42 days.

Five hundred members of the community, who live near to the park, have signed a petition objecting to the event – which is due to take place from November 21st to January 6th.

In response to the petition the organisers have doubled their security, put extra restrictions on noise and will close earlier than planned on school nights.

The council says it needs to gain revenue from the park to pay for free events like the fireworks display and Bermondsey Carnival.

The interactive event, targeted at families, will feature lanterns, food and drink stalls and a stage for musical performances.

Rosie Beattie, from Bermondsey, set up a petition to protest against the event, which has obtained over 500 signatures.

She told the News: “Nothing has been carried out for this length before. One of the main concerns going forward is that it sets the scene to the council to do this again and again.

“The main issue of course is noise. The organisers are telling us that there will be low levels of noise but they haven’t sad exactly how much.

“Another obvious issue is anti-social behaviour. You’re going to get people pissing in the bushes, excuse my language. Going up and down the street, Gomm Road will bear the brunt of it.” Rosie Beattie, who set up the petition with 500 signatures, said she was concerned about the levels of noise and anti-social behavior the event would generate

Ms Beattie said she wasn’t opposed to the event, but thought that another venue such as Burgess Park would be more appropriate.

Cllr Rebecca Lury, Member for culture, leisure, equality and communities, said the council understood that large events could have an impact on locals, but said the festive event would be a positive experience.

She said: “The planned Alice in Winterland event in Southwark Park promises to be a fantastic festive experience for Southwark families, at discounted rates, right on their doorsteps.

“We understand that any large event can have an impact locally, which is why we have engaged a range of experts and local people in the plans, and are confident it will be a positive rather than a negative experience for the area.

“It is the first time we have closed a small section of a park for a period of time like this, and we thought carefully about the impact this will have.

“Local people who don’t want to go to the event will still have access to 80% of the park, at a time of year when park visitor numbers are generally much lower.

She added that the income from events like Alice in Winterland allowed the council to put on popular free attractions, like firework nights and the Bermondsey Carnival.

But Cllr Anood Al-Samerai, councillor for North Bermondsey and leader of the Liberal Democrat group, said: “Liberal Democrats have serious concerns about privatising such a large section of the park for such a long time and the associated noise and disruption.

“We objected to the licence and were able to reduce the hours for live music from 10pm to 9pm on weeknights.

“The council completely failed to consult the hundreds of flats nearest the site before signing the contract, even though there has never been an event of this scale in terms of numbers of visitors  – up to 6,500 per night – and for this length of time.”

Marcus van der Gaag, event organiser of Alice in Winterland, told the News the company had doubled its security and placed restrictions on noise as a result of feedback from neighbours.

Mr van der Gaag said: “With regards to noise and anti-social behaviour we are doubling the amount of security we said we were going to have.

“We will be having roving patrols outside our site but inside the park, especially on the western side.

“We’re having a mobile CCTV unit so we’ll have a camera on all the access points to the event and we’re limiting the noise of the bandstand from Sunday through to Thursday to 9pm.”

He added: “If anyone is intoxicated they will be asked to leave by our trained security staff.

“The key thing here is this is a family-friendly event: people come and see the lanterns, they have a bite to eat and then they leave.”

The Winterland will close on December 5th to not disturb a planned memorial event, and residents within the local catchment area will get a 40% discount on their tickets if they buy within a certain date.