The Scotch Derrick dates to the 1930s and is a "landmark" of the area's docking history. 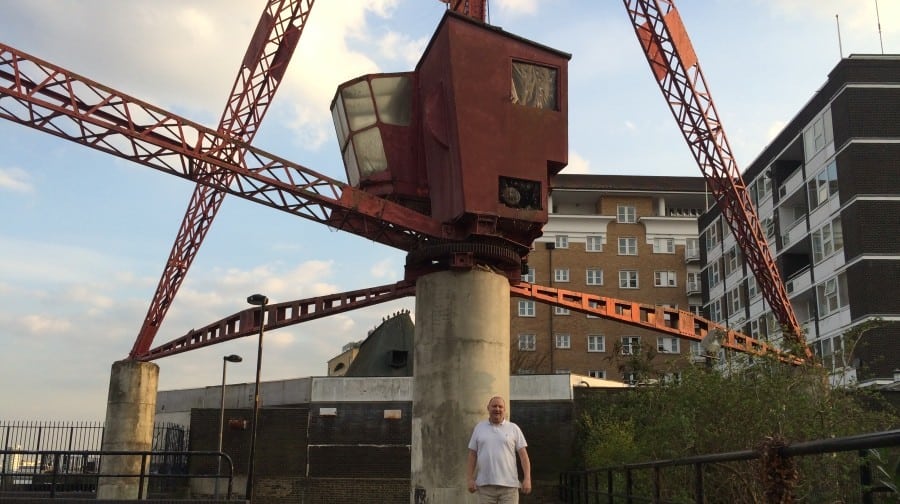 Hundreds of people have signed a petition calling for the protection of a historic crane in Rotherhithe, described as a “landmark” of the area’s rich docking history.

The crane, a Scotch Derrick dating back to the 1930s, is in danger of being dismantled after Southwark Council conceded the land to developers last year.

The 1930s crane, with Canary Wharf in the background.

David Murphy, organiser of the petition, is determined to make sure that the area does not lose Surrey Dock’s last remaining crane as part of any development.

He said: “Everyone loves the crane, it’s a part of the area’s identity. I’ve even spoken to people across the water who say that it wouldn’t be the same waking up in the morning and not seeing the big red crane.”

The crane may be removed as part of plans to extend the Thames Path, but David feels that the opinions of local people should take precedent.

He said: “There is a backlog of cynicism with local democracy over what has happened in the Downtown area over the past few years. This is now a step too far.”

He urged people to sign the petition and make clear how important the crane is to Rotherhithe.

He said: “Please send letters to the Southwark News with your memories and anecdotes of the crane.

“Let the council see what role the crane has had in real, working lives of Rotherhithe people. Once local land and heritage is gone, it’s gone for good.”

Ian Cooper, a Rotherhithe resident whose house looks out over the crane, said: “It would be a shame to see it go. I’m all for redevelopment, but in an ideal world any changes would incorporate and include the crane.”

A council spokesperson said: “In December 2014, Cabinet resolved to transfer the land at 1 – 3 Odessa Street, on which the crane sits. This was to enable a key extension of the Thames River Path to take place.

“This will result in the removal of the crane referred to in the petition, however the purchaser of the land has agreed to make the crane available to a historical organisation if there is one that can accommodate and maintain the structure. A public consultation will be held as part of the planning process for future use of the site.”

dave murphy why appeal against the crane,and support the pump house being turned into a theatre
you want to preserve heritage here but totally destroy a historic building down the road
it makes no sense what so ever.
please answer …….